PDM Announces New Schedule of Protests Ahead of Long March 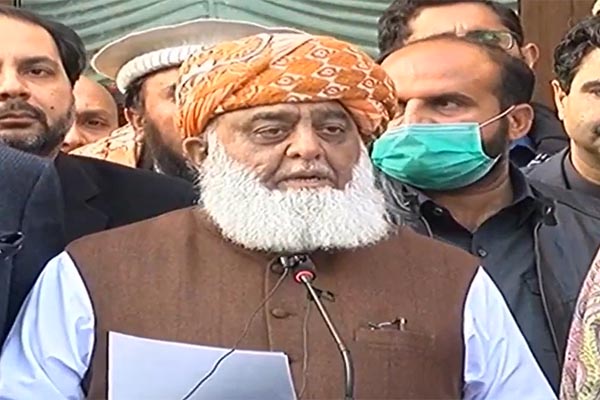 The Pakistan Democratic Movement (PDM) on Monday announced a new schedule of nationwide rallies, with the opposition alliance’s president Maulana Fazlur Rehman saying a decision on when to initiate a long march on Islamabad would be taken at the end of February.

“The PDM has decided to launch the next phase of its movement to oust the incumbent government,” he told media in Islamabad after a meeting of the parties comprising the alliance. The schedule for the next phase is as follows:

According to Rehman, after the rally in Khuzdar, the PDM will re-convene and decide on a date for its long-threatened march on Islamabad.

Earlier, Rehman reiterated that the PDM would stage a rally in front of the Election Commission of Pakistan office in Islamabad tomorrow (Tuesday) and demand speedy resolution to the foreign funding case of the Pakistan Tehreek-e-Insaf. “What kind of accountability is this that a case against [Imran Khan] has been pending for six years, but a sitting prime minister was heard and sentenced within six months,” he questioned.

He also addressed the ECP directly in saying its delay in resolving the foreign funding case was raising questions over the impartiality of its probe. “I urge the public to join us in demanding justice [from the ECP] over the illegally secured funds for the PTI,” he said, adding that he hoped to see youth, women and children all come out in support of the PDM’s call.