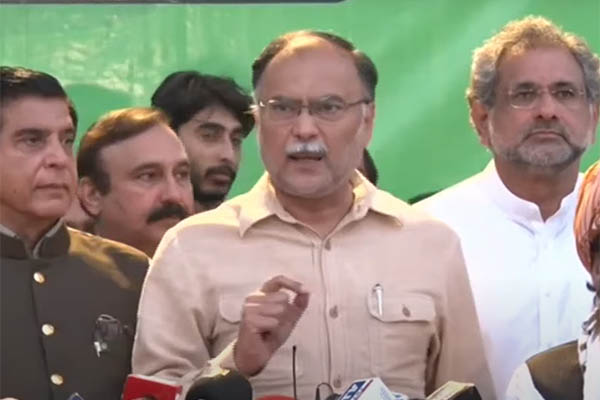 Under agreement with city deputy commissioner, opposition will have to ensure COVID-19 SOPs and end the event by 11 p.m.

The district administration of Gujranwala on Thursday formally approved a request by the united opposition’s Pakistan Democratic Movement (PDM) to stage its inaugural rally at the city’s Jinnah Stadium from 5 p.m. to 11 p.m. on Oct. 16 (Friday).

According to the 30-point agreement inked between the deputy commissioner of Gujranwala and PDM organizers, the opposition would be required to ensure all attendees adhere to government-issued guidelines to curb the spread of COVID-19. “No participant is allowed to enter in premises of event without mask,” reads the agreement, adding that all participants should maintain a distance of 3 to 6 feet from each other.

Under the agreement, the organizers have been instructed to install walkthrough gates and provide sanitizers at the entrance and exit gates of the venue. They have also been directed to arrange lighting and public address systems for their event and to park their vehicles “a safe distance” from the venue. It states that “no person of proscribed organization/convict shall be allowed to participate and address the public” in a seeming reference to Pakistan Muslim League (Nawaz) chief Nawaz Sharif, who is a proclaimed offender. Similarly, a ban has been imposed on “anti-state/objectionable/offensive slogans”—without much clarity on what constitutes an “offensive slogan”—and “nothing shall be delivered against the spirit of Islam, honorable courts of Pakistan and Pakistan Army.”

The PDM has been told to not allow any of their leaders to speak at any venue other than Jinnah Stadium, with “no welcome points” allowed on the Grand Trunk Road. All organizers have been directed to remain at the venue until crowds have fully dispersed after the demonstration.

By contrast, the government has claimed the opposition’s narrative has no legs and would not be able to attract much support. Information Minister Shibli Faraz has “challenged” the PDM to fill the stadium.