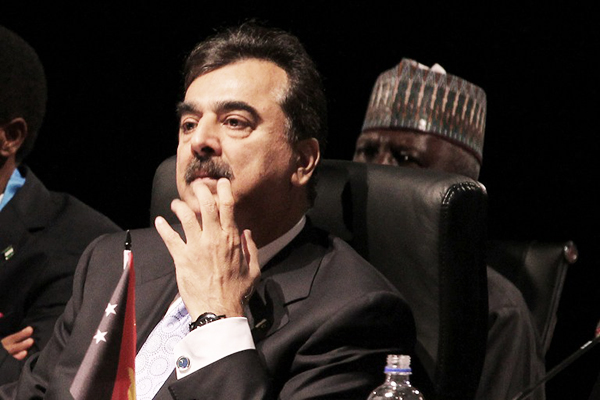 Yousaf Raza Gilani, the united opposition’s candidate for a general Senate seat from Islamabad, on Wednesday defeated Abdul Hafeez Shaikh, the Pakistan Tehreek-e-Insaf’s candidate, by five votes in a major upset for the ruling party.

Gilani, a former prime minister and senior leader of the Pakistan Peoples Party, had been supported by all the parties comprising the Pakistan Democratic Movement (PDM), including the Pakistan Muslim League (Nawaz). According to unofficial results announced by the Election Commission of Pakistan, Gilani secured 169 votes against Shaikh’s 164—seven votes were rejected for various discrepancies.

PPP Chairman Bilawal Bhutto-Zardari celebrated the victory in a posting on Twitter. “Democracy is the best revenge,” he said. Similarly, PMLN’s Maryam Nawaz thanked God for granting the PDM victory in the Senate polls.

The elections for the Upper House of Parliament started at 9 a.m. and ended at 5 p.m. In total 48 seats were up for grabs, but elections were only conducted on 37 seats, as all candidates from Punjab were elected unopposed due to an agreement between the PTI, the PMLQ and the PMLN.

Candidates contesting from Sindh, Khyber-Pakhtunkhwa, Balochistan, and Islamabad contested the polls under the supervision of the Election Commission of Pakistan, with 78 would-be senators contesting the 37 seats.

The Senate currently comprises 100 lawmakers, with 23 from each province—14 general seats, four seats reserved for women, four for technocrats, and one for minorities—and four from Islamabad. This number also includes four senators from the erstwhile tribal areas, who are set to retire in 2024.

This year’s Senate polls had attracted controversy after the incumbent government claimed votes were being bought and sold for “billions” and sought a legal opinion from the Supreme Court on whether the polls could be conducted without secret ballot. The apex court has said that the secret ballot would continue in line with the Constitution, but advised the ECP to ensure transparency.

Meanwhile, just a day before the polls, a video of Gilani’s son advising PTI lawmakers on how not to vote along party lines prompted the ruling party to demand that the PDM candidate be declared ineligible for the polls. However, while the video has raised questions about the PPP’s role in the polls, it does not show any kind of money changing hands.