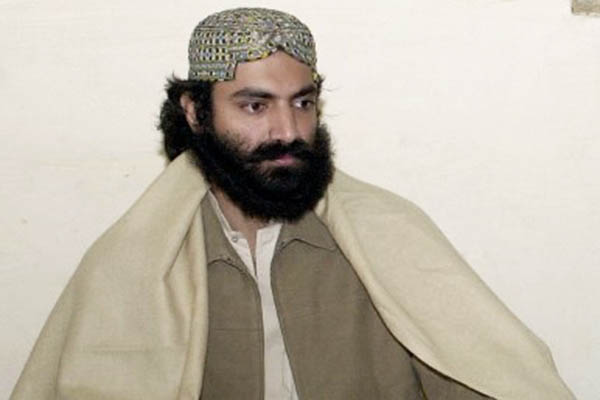 Prominent Baloch leader Brahamdagh Bugti’s willingness to initiate talks with the Government of Pakistan and end his separatist movement has received mixed responses—ranging from scorn to cautious optimism.

Bugti, who heads the banned Baloch Republican Party, has repeatedly rejected negotiations in the past and demanded that Balochistan be declared a separate state. In an interview with BBC Urdu, however, he claimed he was willing to negotiate a political situation if “friends, companions, political allies and the people are in favor of this.”

A former military official who served in Balochistan prior to his retirement told Newsweek on condition of anonymity that Bugti’s statement could potentially be the “most crucial development” for restoring peace to the restive province.

Bugti has often been dogged by allegations that he is backed by India, which authorities in Pakistan claim has been funding the Baloch separatist movement. He told BBC Urdu he could not deny this, adding people often seek aid during conflict. The military official says the government should forgive and forget in the name of peace. “Whatever future comes through talks can only be an improvement over what we had in the past,” he added.

According to local media reports, Balochistan Chief Minister Abdul Malik Baloch has welcomed Bugti’s statement, adding that both civilian and military leaders wanted to resolve the issue through political means.

One of the leaders of the Baloch Students Organization (Azad), which demands a separate state for the Baloch, derided Bugti’s statement, however, claiming it meant nothing. “Our fight to liberate Balochistan is not based on an individual’s desires,” said Karima Baloch. “We have always sought to achieve our aims through peaceful means and will continue to do so until they [Government of Pakistan] accept our rights.”

Baloch said her organization was willing to negotiate with the government, but not without some clarity. “Who will decide the terms or conditions for such talks? The military or the elected government?” She added: “We also want the Government of Pakistan to seek pardons from the families of all those killed by security forces.”

But while groups such as BSO (Azad) maintain they will not abandon their demand for a separate state, residents of Quetta have welcomed Bugti’s statement. “We love peace. We are a peaceful people,” said local resident Kiaya Baloch. “The government should forgive the people who took up arms against them for the sake of regional peace,” he said, adding that he hopes successful talks lead to infrastructure development in the province.

Another Baloch native, Mubashir Baloch, who is currently studying in Islamabad, said youth from his region were eager for peace. “We don’t want to indulge in any war,” he said, adding the government and security forces also needed to work to alleviate the concerns of Baloch nationalists who only desired assurances that they basic human rights would not be violated.

The statement of Barhamdagh Bugti is worth appreciation. The people of of Balochistan would take a sigh of relief.