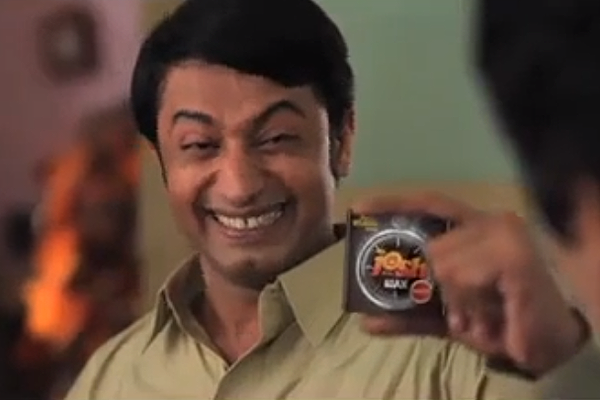 Pakistan’s media regulator pulled the plug on a condom commercial starring one of the country’s biggest female stars Tuesday, calling it “immoral,” after public complaints.

The Pakistan Electronic Media Regulatory Authority (PEMRA) wrote to broadcasters ordering them to take the advert for Josh condoms off air immediately.

The 50-second advertisement stars Pakistani model and actress Mathira as a newlywed bride who makes a neighboring couple jealous by pampering her husband. Finally the neighbor asks the husband how he keeps his glamorous wife so sweet and he replies: “Bring Josh into your life.”

PEMRA spokesman Fakhar-ud-Din Mughal said the watchdog’s letter pointed out that the advertisement was generally being seen as “indecent, immoral and in sheer disregard to our socio-cultural and religious values.”

“Airing of such immoral advertisement on Pakistani channels and that too in the holy month of Ramzan warrants serious action,” he said.

Discussing contraception in public is taboo in Pakistan’s deeply conservative Muslim society, though experts warn the population is growing too fast for the country’s natural resources to support.

Josh condoms are marketed in Pakistan by DKT International, a U.S.-based non-profit organization that works to promote family planning and HIV/AIDS prevention in the developing world.

The add and the name doesn’t show that they are promoting family planning!

totally agree with u

Pakistan is a Muslim country, in the wake of pro-western norms, when some people bring it up, they are shunned and get names like conservative, extremists, racist etc, where as Islam is our identity and, like it or not, Pakistan has gained its existence in the name of Islam. then y be ashamed of our identity and y should we listen / read or take note of what the stupid media thinks bout us?