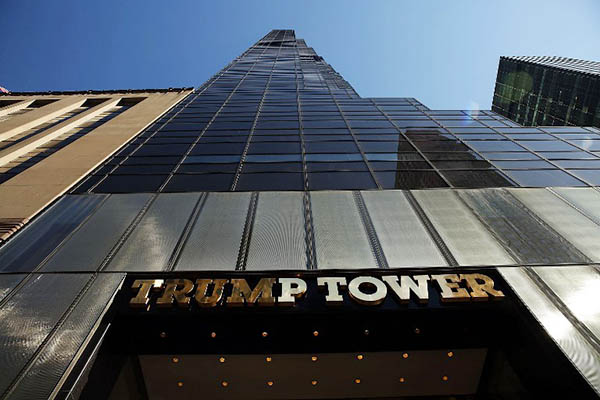 The Pentagon wants to rent space in Trump Tower in New York for equipment and military personnel accompanying President Donald Trump during his stays there, it confirmed on Wednesday.

First Lady Melania Trump and their son Barron are still living in Trump Tower and the real estate tycoon-turned-president plans to make regular visits. U.S. presidents are accompanied around-the-clock by military personnel, notably those who carry the briefcase containing the nuclear codes that would enable him to launch an attack at a moment’s notice.

The Pentagon’s request for a Trump Tower foothold carries potential for embarrassment because it plays into a running debate over potential conflicts involving Trump’s vast real estate interests.

Trump has refused to sell off his holdings upon taking office, instead putting them in a trust managed by his two elder sons. He also rejected putting his assets in a “blind trust” controlled by an independent manager.

“In order to meet official mission requirements, the Department of Defense is working through appropriate channels and in accordance with all applicable legal requirements in order to acquire a limited amount of leased space in Trump Tower,” Lieutenant Colonel James Brindle, a Pentagon spokesman said. “The space is necessary for the personnel and equipment who will support the POTUS at his residence in the building,” he said.

According to Pentagon officials, the Defense Department has previously rented space near the private residences of previous presidents. But they were unable to provide details. CNN reported that renting a full floor on Trump Tower costs about $1.5 million a year.