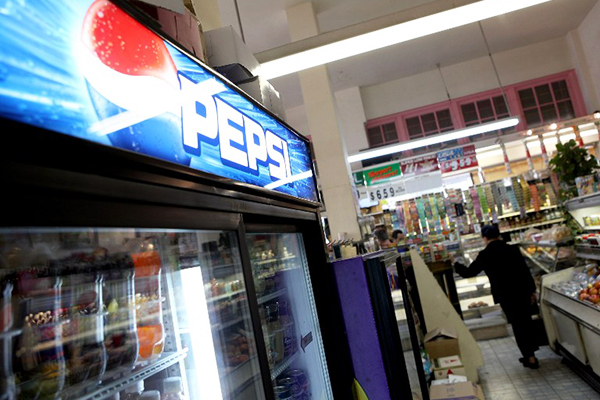 Globally-popular carbonated drink Pepsi contains chemicals that cause cancer, according to the California-based Center for Environmental Health (CEH).

According to a recent report published in the Los Angeles Times, watchdog CEH’s research found “cancer-causing chemical 4-methylimidazole” in Pepsi samples from 10 American states, apart from California. The samples were tested by Eurofins Central Analytical Laboratories.

PepsiCo Inc., the parent company, had pledged to remove the carcinogen from their product over a year ago. The carcinogen was not detected in Pepsi samples from California, or in the majority of samples of rival drink Coke, according to CEH research.

“We applaud Coke for taking this health protective action for consumers,” said Michael Green, Executive Director of CEH. “Pepsi’s delay is inexplicable. We urge the company to take swift action to provide all Americans with the same safer product they’re selling in California.”

PepsiCo says it is working on reducing the carcinogen in its product. “Our caramel coloring suppliers have been working on modifying the manufacturing process to reduce the amount of 4-MEI,” Aurora Gonzalez, Senior Director at PepsiCo, emailed CEH in response to their findings. “As you know, 4-MEI levels in our products in California are below Prop 65 levels. The rest of the U.S. will be completed by February 2014. In fact, we’ll be starting the process and shipping concentrate end of this year.”

For the CEH, this is not soon enough. “If you live in California, Coke and Pepsi products are made without 4-MEI, a chemical known to cause cancer,” says the statement on CEH’s website. “But in testing of cola products from 10 states, CEH found high levels of 4-MEI in ALL Pepsi cola products, while nine out of 10 Coke products were found without 4-MEI problems.”

CEH further states: “More than a year ago both companies stated they would clean up their ingredients. Our testing shows Coke has changed—and now Pepsi says that their products will also be made without 4-MEI, but not until next February! Urge Pepsi to clean up its act! Tell CEO Indra Nooyi that you want safer soda, not Pepsi with a cancer-causing chemical!”

Pepsi is widely available in Pakistan.

In March, PepsiCo’s Frito-Lay Pakistan had to junk a controversial TV advertisement for its snack food Kurkure. The advert, which appeared to mock mentally-handicapped children, was pulled after the corporation received complaints from a Pakistani advocacy group.

Say no to pepsi

I am a organic synthetic chemist and i know how dangerous and carcinogenic 4-MEI is. PepsiCo should stop playing with the life’s of people, only for the sake of money.