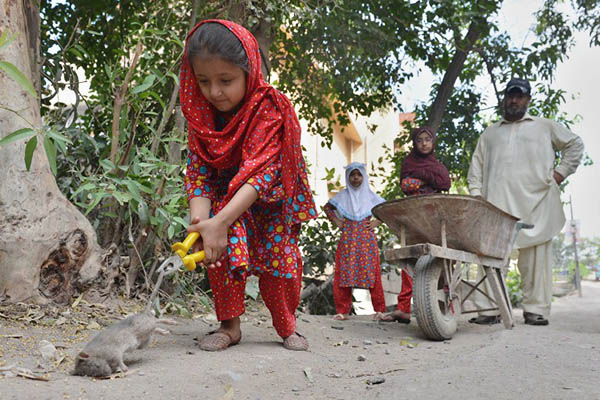 Naseer Ahmad already claims to have killed over 100,000 rats in the past 19 months.

A government agency in Peshawar has hired a man who claims to have killed 100,000 rats in a bid to rid the city of the rodents that plague its streets.

Naseer Ahmad, who has been assigned the straightforward job title of “Rat Killer,” will receive a monthly salary of Rs. 15,000, as well as a Rs. 2,000 bonus per mission.

Ahmad says he has already killed more than 100,000 rats in the past 19 months, inspired to take action after seeing the child of a friend hospitalized after being bitten by one of the rodents.

“We have been receiving complaints about the growing number of rodents in the city, which were causing damage to the fabric of houses and shops, and contaminating food,” said Nasir Ghafoor, the general manager of Water Supply and Sanitation Peshawar. “I called Ahmad and gave him a job in the firm, creating for the first time in the history of the city the post of rat killer.”

Ahmad, who has thus far done the job with just a hoe, a wheelbarrow and plastic gloves, has been assigned a staff of five, and plans to train others in a bid to tackle Peshawar’s rat problem.