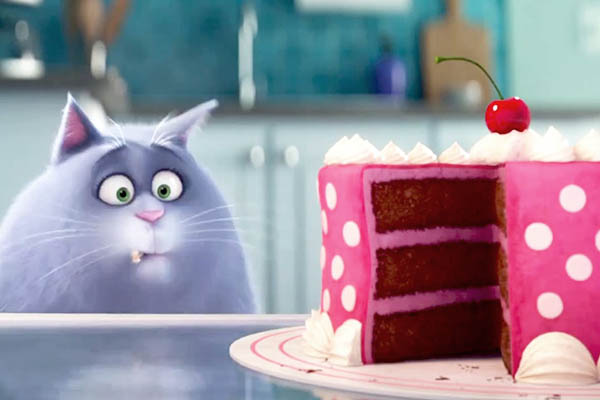 The Ghostbusters crew may have rooted out New York’s supernatural but failed to overpower the city’s furry critters, who topped the box office once again.

The Secret Life of Pets grossed an impressive $50.6 million in its second weekend, according to industry tracker Exhibitor Relations, bringing its total U.S. profits to $203.2 million. The Illumination-produced animated comedy chronicles the journey of two pet dogs let loose in New York, featuring the voices of comedian Louis C.K. and actor Eric Stonestreet.

The Legend of Tarzan, starring Alexander Skarsgard and Margot Robbie, slipped down to the number three spot, making $11.1 million.

The Pixar animated comedy Finding Dory drifted down to fourth place, hauling in $11 million. The popular fish tale, which floated on top of the charts for weeks, did become the highest-grossing animated film ever, making $445.5 million thus far.

Rounding out the top 10 films of the weekend were: