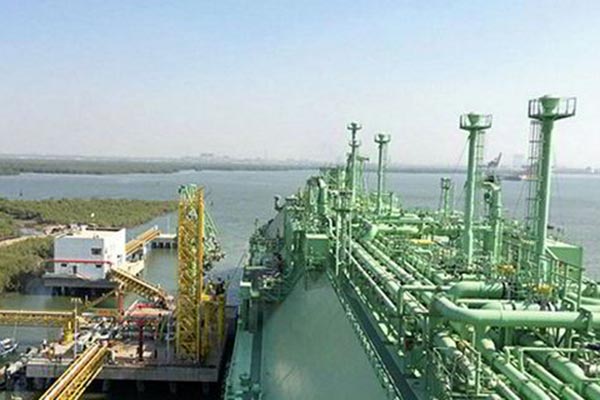 In statement, spokesman emphasizes there is no NAB inquiry against Pakistan GasPort LNG Terminal

Pakistan GasPort Consortium Limited (PGPCL), a wholly owned subsidiary of Pakistan GasPort Limited (PGPL), owns and operates the country’s only 750mmcfd greenfield LNG import terminal at Port Qasim. Since it commenced operations three years ago, the terminal has delivered over 400 billion cubic feet of natural gas to the Sui network to curb gas and electricity shortages that were crippling the national economy, in the process saving over $1 billion annually in foreign exchange as part of the benefits of switching over from furnace oil to natural gas.

Rebutting claims published in daily The News on March 19, 2021 in an article penned by Ali Zaidi, the federal minister for Maritime Affairs, ‘LNG: Delivering on Our Promises,’ a PGPCL spokesperson noted that “Mr. Zaidi started his article by striving to explain why a minister for maritime affairs would be writing on a subject that does not fall under his purview and which in fact is a subject of the Petroleum Ministry.” The minister’s article, they emphasized, “unfortunately, contains certain ‘facts’ and information that are not only fake, imaginary and conjectural, but also highly slanderous and misleading.”

“In one instance, Mr. Zaidi alleges that the two existing LNG terminals at Port Qasim Authority are being investigated by the National Accountability Bureau. It is categorically stated that there is no NAB inquiry, or even any case, pending against the Pakistan GasPort LNG Terminal,” said the PGPCL spokesperson. They noted that the article went on to say that the Group representing PGPCL was responsible for the Naudero-II Rental Power Project, adding that this observation is not true as the Group was not directly involved in the Naudero Power Plant. Similarly, they added, “no Director or any other employee of the company was implicated by NAB in the matter.”

The PGPCL spokesperson highlighted that the maritime affairs minister had claimed the Group is facing a “Rs. 38 billion money laundering case.” It is true, they said, that there is a mala fide reference pending against one of the companies. However, the Honorable Sindh High Court, on April 1, 2020, while granting bail to the accused noted: “… Prima facie no material is available with the prosecution to establish that the petitioners have committed any misappropriation, embezzlement, corruption or were involved in any corrupt practices … false implication of the petitioners cannot be ruled out … The reference has been filed and prima facie nothing to point out any illegal source of earnings has been highlighted to give credence to the allegations.”

In another instance, Zaidi claims the Group has defaulted on Rs. 22 billion as adjudged by the Supreme Court. The spokesperson for PGPCL categorically stated that no such adjudication has ever been made by the Honorable Supreme Court of Pakistan and thus the question of default does not arise.

In his article, the minister has alleged that the owners/directors of the Company have been charged and convicted by courts of law. The spokesperson put on record that no director/officeholder of the Company has ever been convicted for any crime by any court of law.

The Group also sought to clarify that its arbitration proceedings against Pakistan LNG Terminals Limited regarding LNG Terminal delays and damages are pending in the London Court of International Arbitration, and are in accordance with the agreement PGPCL and PLTL signed in 2016. The Group maintains the right to protect its interests, and its insistence on its due rights under agreements with PQA and PLTL (now PLL), is in line with the public interest, said the spokesperson.

“It is unfortunate that such malicious and false accusations are being levelled against a Group that has served Pakistan faithfully, and brought about, with innovative solutions, a meaningful transformation to Pakistan’s energy sector,” they added.

One of the Group’s ongoing projects is an expansion of its LNG Terminal at Port Qasim—without any government off-take guarantees or even guaranteed pipeline capacity. Valued at around $500 million, noted the spokesperson, the project has been delayed by the Ministry of Maritime Affairs despite a signed agreement between PQA and the Group, and the completion of most formalities, including requisite NOCs from multiple departments.

Similarly, a $94 million Virtual Pipeline Project at Gwadar Port, Gwadar International Terminals Limited (GITL), for which the Group has signed an Agreement with the lessee of the Port, is also being delayed by the Ministry of Maritime Affairs. “It is hoped that the government will take notice of these bottlenecks, which are contrary to its announced pro-business policies, and support the upcoming project as it will bring a significant investment at no cost or risk to the government,” the spokesperson added.

The spokesperson concluded by reiterating “that such baseless allegations by a sitting minister will not deter us from contributing to the efforts of the government to overcome the energy crisis and provide affordable and cost-effective options to all consumers across Pakistan.”