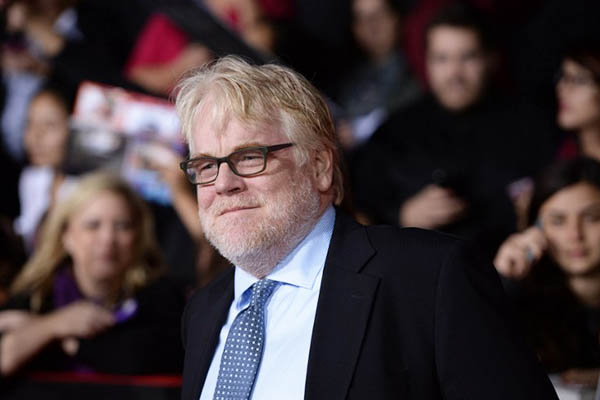 The 46-year-old Hollywood star suffered an apparent drug overdose, according to police.

Oscar-winning actor Philip Seymour Hoffman was found dead in his New York apartment of an apparent drug overdose on Sunday. He was 46.

The enigmatic star, hailed as the finest character actor of his generation, won an Oscar in 2006 as best actor for Capote and was nominated for three further Academy Awards. A substance thought to be heroin was found at the scene when police arrived at the actor’s home in Manhattan’s West Village after receiving a call from one of his friends.

“It appears to be an alleged overdose,” said a police official. The actor was found on the bathroom floor with a syringe in his arm, wearing shorts and a T-shirt. “Two glassine envelopes contained alleged heroin,” another officer said. There were no pills and no sign that the actor had been drinking. An autopsy was due to be conducted on Hoffman’s body on Monday, U.S. media reported.

Hoffman, whose two-decade career made him one of the most liked and respected actors in Hollywood, leaves behind his partner, costume designer Mimi O’Donnell, and three children. In a brief statement, his family asked for privacy as relatives grieved their “tragic and sudden loss.”

New York detectives and police officers secured the street outside the actor’s home, and entered and exited the red brick, six-floor apartment building. A crowd of journalists and neighbors gathered, and a red rose and a bouquet of white roses were laid at the entrance.

One neighbor, who gave her name as Janine, said she was accustomed to seeing the actor and his family out and about. “They were always in the ‘hood,” she said. “My husband saw him last week … They were a part of the community here.”

Tributes quickly poured in from fellow celebrities and actors, with many taking to Twitter to express their sorrow. “I feel so fortunate to have known and worked with the extraordinary Philip Seymour Hoffman, and am deeply saddened by his passing,” said Julianne Moore, who co-starred with Hoffman in Boogie Nights, Magnolia and The Big Lebowski. George Clooney, who appeared alongside Hoffman in The Ides of March, said: “There are no words … It’s just terrible.”

“This is a horrible day for those who worked with Philip. He was a giant talent,” said Tom Hanks. Hanks starred with Hoffman in Charlie Wilson’s War. The three co-stars spoke through their agents to U.S. media.

British actor-director Gary Oldman told Sky News there was an “audible gasp” when the news of Hoffman’s death was announced at the London Critics’ Circle Film Awards.

Born Philip Hoffman in July 1967 in New York state, he was the third of four children of a Xerox executive and a feminist housewife who divorced when he was nine. He earned a drama degree from New York University in 1989, though he fell into alcohol and drug abuse for a while.

The late Minghella once said that Hoffman was an extraordinary actor “cursed, sometimes, by his own gnawing intelligence, his own discomfort with acting.”

“There are few actors more demanding in front of camera, less demanding away from it,” Minghella added.

In one of his most recent roles, Hoffman played game master Plutarch Heavensbee in the second installment of the blockbuster Hunger Games franchise. He had been cast in the final two installments of the series, and industry publication Variety said the films would be released in November 2014 and 2015 as planned.

For all his success, Hoffman was a reluctant occupant of the limelight. After his Oscar-winning turn in Capote, Hoffman had three more Oscar nominations as a supporting actor in Charlie Wilson’s War in 2008, Doubt in 2009 and The Master in 2013.