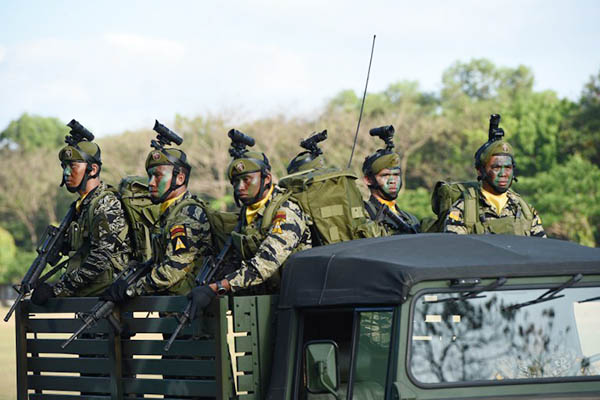 The Philippine military announced plans to create all-Muslim fighting units on Saturday, with quotas from the Catholic country’s largest religious minority, as it looks to bolster efforts to tackle Islamic insurgents.

Five percent of all new applications will be allocated for Muslims under the new order, military spokesman Colonel Edgard Arevalo said in a statement, adding the eventual aim was to have a dedicated brigade or division to be deployed in the country’s troubled south.

The Philippines is battling Muslim extremist militants in lawless southern regions, some of whom have pledged allegiance to the Islamic State group. Arevalo said the Muslim quota, which roughly reflects the proportion of the religious minority in the population, would help the army operate in areas where local people have previously viewed it with suspicion.

“Most of our Muslim brothers and sisters perceive the deployment of almost 100 percent Christian soldiers in their communities as invading or occupational forces,” he said, adding that fellow Muslims would be more aware of religious or cultural “sensitivities.” The statement did not give details of the existing numbers of Muslims in the military.

The southern region of Mindanao, the ancestral homeland of the Philippines’ Muslim minority, has been locked in a separatist insurgency since the 1970s, with the conflict claiming more than 120,000 lives. While the major rebel organizations have for years observed a ceasefire with the government as part of peace efforts, there are breakaway factions opposed to compromise and other gangs that have declared allegiance to the I.S.

Earlier this week, security forces clashed with suspected Islamic militants from the Abu Sayyaf kidnap group on a popular resort island, the first attack on a key Philippine tourist destination in recent years.