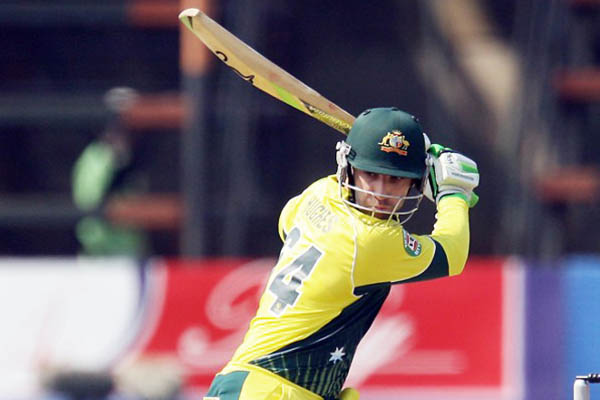 The Australian cricketer was a talented young batsman, loved by all.

He was a country boy whose love for the “Baggy Green” took him all the way from a rural Australian town to the bright lights of international cricket when he made his Test debut aged just 20 in South Africa. But despite breaking records on that tour and attracting comparisons to cricketing great Don Bradman, Phillip Hughes never lost touch with his country upbringing. And as he pursued his dream of representing Australia, Hughes also made many friends and stole fans’ hearts with his hardworking, down-to-earth approach.

Like Bradman, Hughes grew up in the Australian bush. He was born on Nov. 30, 1988, the son of a banana farmer in the small town of Macksville in northern New South Wales. At 12, Hughes made his debut for Macksville RSL Cricket Club’s A-grade team. Six years later, he played his first match for the state—the youngest NSW debutant since current Australian captain Michael Clarke.

Hughes’ journey took him to South Australia and on to English county team Middlesex for a stint at Lord’s, the world-famous London ground regarded as the home of cricket. The popular batsman exploded onto the world stage in his Test debut in South Africa in 2009, top scoring for Australia in the second innings at Johannesburg with 75 runs.

The left-hander followed up in the second Test at Durban with centuries in both innings, amassing some 275 runs at the crease. He became the youngest batsman to score twin centuries in a Test, drawing the Bradman comparisons.

Hughes’ slightly ungainly stance and habit of smashing the ball through the off-side was said to have stemmed from his boyhood, when the family home lay to his leg-side as he batted and he wanted to avoid hitting the ball through the kitchen window. But after bursting on to the international scene, the runs did not always come as easily later on as bowlers probed that unorthodox technique. Hughes played 26 Tests for his country but never secured a regular place in the national team despite some 9,000 first-class runs.

Hughes’ strong form for Australia A and South Australia earlier this year saw him included in the Test squad to face Pakistan although he wasn’t required to play, and he admitted it had been hard being in and out of the Test side. “But I understand that when I was in there, I wasn’t consistent enough. Going forward it’s about consistency and looking to score as many runs as possible,” he said in September.

Hughes conceded that he was up against tough competition, but stressed his patient determination. “I know the guys in front of me and how well the Test side is going—just to be that spare batter and around the squad, that has always been my plan over the last 12 months,” Hughes said. “If a spot comes up I feel very ready to take it … but I’m happy to bide my time.”

Hughes was battling to regain his place on the national Test side on Tuesday when he was felled by a bouncer at the Sydney Cricket Ground. His mother and sister were in the stands watching. Two days later on Thursday, the 25-year-old died from his injuries in a Sydney hospital, surrounded by family and friends. He was due to celebrate his 26th birthday on Sunday.

It was Hughes’ work ethic and humble demeanor that Australian cricket officials remembered Thursday. “When the chips were down or he had a setback he simply got on with the job and worked harder,” Cricket Australia chief James Sutherland said. “He set a wonderful example to any young person seeking to make their way in life.”

Australian Prime Minister Tony Abbott said Hughes was “loved, admired and respected by his teammates and by legions of cricket fans.”

“Phillip Hughes was a young man living out his dreams. His death is a very sad day for cricket and a heartbreaking day for his family.”