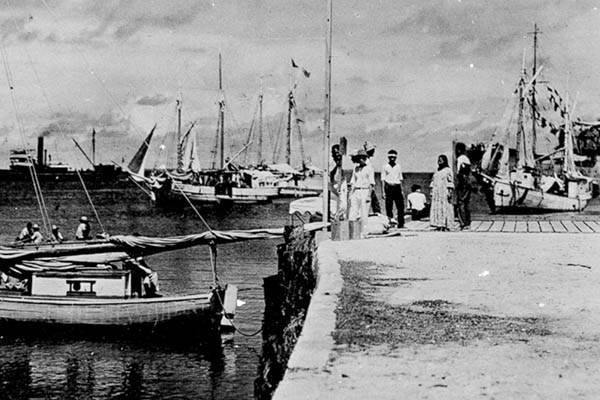 It is one of the most tantalizing mysteries in aviation lore—the disappearance of Amelia Earhart.

What happened to the legendary American aviatrix and her navigator, Fred Noonan, during their 1937 round-the-world flight has fascinated historians for decades and spawned books, movies and theories galore. But a documentary to be aired on the History Channel on Sunday—Amelia Earhart: The Lost Evidence—claims to have unearthed a beguiling new clue about their fate.

The prevailing belief is that Earhart, 39, and Noonan, 44, ran out of fuel and ditched their twin-engine Lockheed Electra in the Pacific Ocean near remote Howland Island while on the third-to-last leg of their epic journey. The History program suggests, however, that Earhart, who was seeking to become the first woman flier to circumnavigate the globe, and Noonan may have survived and been taken prisoner by Japanese forces.

The evidence cited by History is a blurry black-and-white photograph discovered in the National Archives in Washington that purports to show the pair in the Marshall Islands after their capture. The picture depicts several people on a dock at Jaluit Atoll including a woman, seen with her back to the camera, who has a build that resembles Earhart’s and appears to be wearing trousers, as the aviator was known to do. The woman wears her hair in the close-cropped style favored by the pilot.

A possibly Caucasian man standing nearby on the wharf has a hairline which a facial recognition expert cited in the program says is strikingly similar to Noonan’s.

Behind the wharf is a ship, said to be a Japanese vessel, the Koshu Maru, towing an object on a barge the documentary makers identify as possibly Earhart’s ill-fated aircraft. According to History.com, the photograph bears markings from the U.S. Office of Naval Intelligence.

Marshall Islanders have claimed over the years that Earhart and Noonan survived an emergency landing and were captured by the Japanese—a theory explored also by the History producers. “We believe that the Koshu took [Earhart] to Saipan [in the Mariana Islands] and that she died there under the custody of the Japanese,” Gary Tarpinian, executive producer of the History program, told NBC News. “We don’t know how she died,” Tarpinian said. “We don’t know when.”

Other Earhart experts were dismissive of the documentary’s claims that the pair in the picture were Earhart and Noonan. “I’ve known about this photo for a year,” said Richard Gillespie, executive director of The International Group for Historic Aircraft Recovery (TIGHAR), which has spent decades trying to figure out what happened to Earhart and Noonan. “I’m astonished that anyone would take this seriously,” Gillespie told AFP in a telephone interview. “As a piece of evidence, it’s laughable.”

“This is just a picture of some people on Jaluit wharf,” he said. “Where are the Japanese? Where are the soldiers?” Gillespie said there “might be a white female” in the picture and “there appears to be a Caucasian male.”

“Suddenly this is Amelia Earhart and Fred Noonan?” he said. “C’mon. It’s silly.”

Gillespie’s group, TIGHAR, is behind “The Earhart Project,” which has conducted extensive research into a hypothesis that her plane crash-landed on uninhabited Gardner Island, now known as Nikumaroro, part of the Republic of Kiribati.

Earhart, who won fame in 1932 as the first woman to fly solo across the Atlantic, took off on May 20, 1937 from Oakland, California, hoping to become the first woman to fly around the world. She and Noonan vanished on July 2, 1937 after taking off from Lae, Papua New Guinea, on a challenging 2,500-mile flight to refuel on Howland Island, a flyspeck of a U.S. territory between Australia and Hawaii. They never made it.