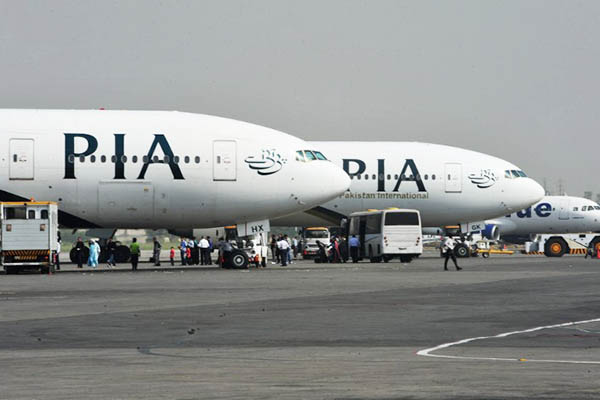 The Supreme Court on Monday ordered the government and national airline to explain why they have failed to take action over the sexual harassment of a senior female pilot.

Captain Rifat Haye, who joined Pakistan International Airlines (PIA) in 1990, said in a petition to the court that she had been subjected to “severe intimidation and harassment” by male colleagues since the early years of her career. Frustrated by the lack of action from her superiors over her complaints, Haye went to the National Assembly’s Standing Committee on Women’s Development in 2010.

The committee found that two of Haye’s superiors had harassed her and other female employees of the beleaguered flag-carrier, Haye’s lawyer Jawad Hassan said in his submission. “On March 31, 2010, [the committee] had recommended strict disciplinary action against them, but so far authorities have been avoiding its implementation,” Hassan said. “Haye also filed cases in high court which ruled in her favor but PIA management did not take any action.”

Chief Justice Tassaduq Hussain Jillani ordered PIA Chairman Muhammad Ali Gardezi to explain within two weeks why no action had been taken on Haye’s case. He also sought comments from the top bureaucrat in the law, justice and human rights ministry about the implementation of the workplace harassment law.

Pakistan passed a law aimed at protecting women from harassment at work in March 2010 and earlier amended its Code of Criminal Procedure to make the offense of harassment punishable by up to three years imprisonment.

The Pakistani government is trying to sell off a 26 percent stake in PIA in a bid to stem losses. The company lost $320 million last year and the deficit would have been much larger if the state had not been pouring money into its coffers in a bid to keep it afloat. The airline has also been hit by several embarrassing incidents, including the jailing of one of its pilots in Britain in November for being drunk before he was due to fly a plane carrying 156 people.

If you know character of Rifat Haye you will feel sorry for her that she is that much worst person ever walked on face of the earth victims are
1:capt saleem Ahmed on F27 Fokker when she came as cadet pilot till she remain on F27 Fokker
2: Captain Kazmi then instructor on Boeing 737 when promoted as first officer she remained with him till she was cought red handed in act of sex by captain Kazmi in PC Rawalpindi hotel
3: she pormoted on Airbus 300B4 her victims on this aircraft were captain Saeed Khan Captain Jamil Rabbani shuja Naqvi adil and many more
4: on 747 her first victim she got hold of captain Bucha then Plapa president captain M A khan captain Dara captain Asif and many more
Readers for your confirmation ask any senior pilot of PIA they will confirm this as true
Good Luck

Flew quite a bit with the lady – above average professional; a bit haughty and some times aggressive; but generally found her to be an asset in the cockpit. Wish her the best in life. None of us were angels. I feel it is in bad taste to comment on somebody’s personal life, anyway I know most of it to be plain jealous gossip and nothing more. Capt. MN. Jeddah