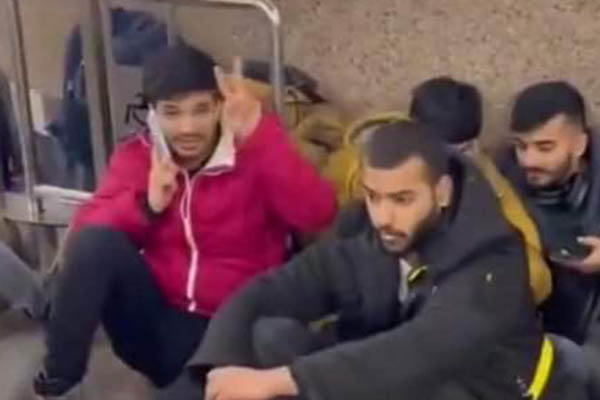 The chief executive officer of the Pakistan International Airlines (PIA) on Friday announced that he is in contact with Pakistan’s ambassador to the Ukraine and has discussed “various options” to evacuate Pakistani students who have been stranded in the European state following Russia’s invasion earlier this week.

“I spoke to [His Excellency Noel Israel Khokhar], our ambassador in Ukraine,” Air Marshal (retd.) Arshad Malik said in a posting on Twitter, noting that the envoy and his full team were working to overcome the challenges posed by mass evacuations from the European state. “[We] discussed various options to recover our students through PIA; the airspace is closed but working out various options,” he said, adding that God willing, authorities would find a way to evacuate the stranded citizens.

In a subsequent statement, the national flag carrier quoted the CEO as saying that all students would gather in Ternopil—where the embassy has been temporarily shifted from under-siege capital Kyiv—on the border with Poland from where they would be evacuated. It said that the students would be moved from Ternopil to Poland via land route before being brought to Pakistan through special flights.

Since Russian President Vladimir Putin launched a “military operation” against Ukraine on Wednesday night, videos of Pakistanis in the country pleading for the government’s assistance to evacuate have gone viral on social media. In the videos, Pakistanis have complained of difficulties in getting in touch with their embassy. Several students have also complained about the embassy’s directions for them to reach Ternopil, noting public transport is at a standstill and the security situation remains precarious.

On Friday night, per one video, around 35 Pakistani students were evacuated to Poland via train. They said that hundreds still remained in Kharkiv, while a large group was based in the capital city of Kyiv that has been the target of multiple airstrikes from Russia. “The Embassy of Pakistan in the Ukraine has managed to evacuate 35 Pakistani students to Poland,” the embassy confirmed in a statement posted on Twitter. “They have reached camp on Polish side of the border. The Embassy of Pakistan Poland is making arrangements for their transportation to Warsaw,” it added.

In an earlier press release, it urged all students to “keep in touch with given focal points so that they may be transported and evacuated as soon as possible.”

Overall, per local media, around 1,500 Pakistanis are currently stranded in Ukraine. 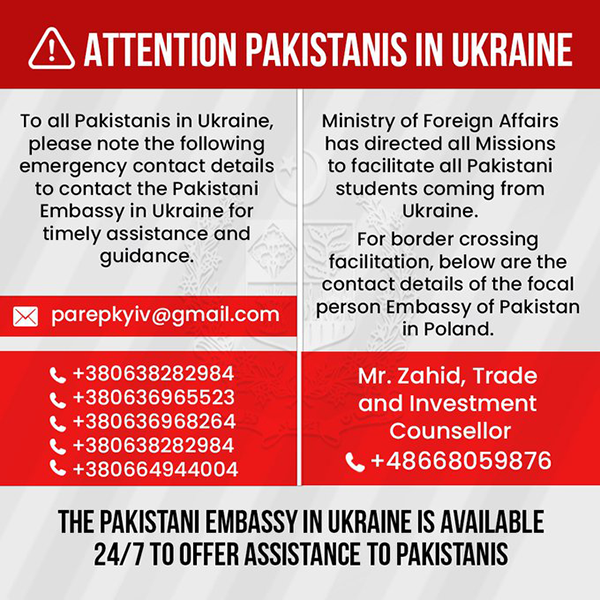 Russia launched a military invasion of Ukraine on Wednesday night following a declaration of war by President Putin. Dozens of casualties—of both Russian soldiers and Ukrainians—have been reported following airstrikes and ground offensives since the conflict broke out.

U.S. and Ukrainian officials have alleged that Russia aims to capture Kyiv and topple the government, with Ukrainian President Volodymyr Zelenskyy vowing to remain in the capital and fully resist the Russian forces.