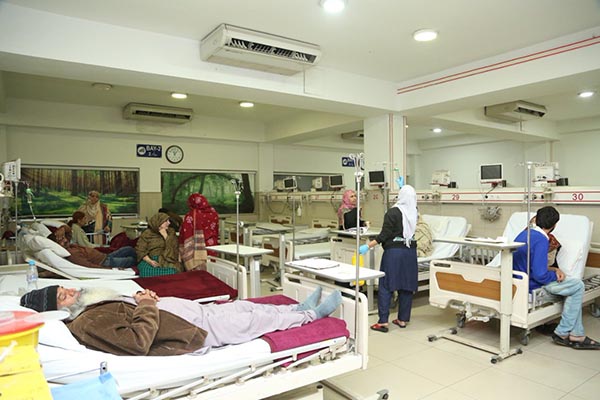 The Punjab Institute of Cardiology is once more fully operational, Punjab Health Minister Dr. Yasmin Rashid said on Saturday, three days after the hospital was shuttered following an attack by a mob of lawyers.

“PIC fully functional again with medical staff back to work,” she posted on Twitter. “The lives of those dependent on these facilities is so crucial, we couldn’t spare even a moment’s delay,” she added.

In the same tweet, the minister thanked Prime Minister Imran Khan and Punjab Chief Minister Usman Buzdar for their ‘commitment’ to the people.

“I would like to thank and welcome back our staff and ensure them that the Healthcare Professionals Security Bill will Insha Allah soon be a reality,” she added, referring to proposed legislation that seeks to ensure security to hospitals, doctors and paramedics.

Separately, PIC Medical Superintendent Dr. Ameer confirmed to private broadcaster Geo News that the machines vandalized by the lawyers had been replaced, and the medical professionals who had gone on strike following the attack had also returned to their posts.

A group of 200-250 lawyers on Wednesday staged a violent protest at the cardiology hospital in provincial capital Lahore, forcing patients and doctors to flee to safety. Video footage from the incident shows the lawyers smashing windows, destroying hospital equipment and even setting fire to a police mobile van. An official police complaint alleges the actions of the legal fraternity led to the death of at least four patients after lawyers removed a patient’s oxygen mask and ripped out another’s IV drip.