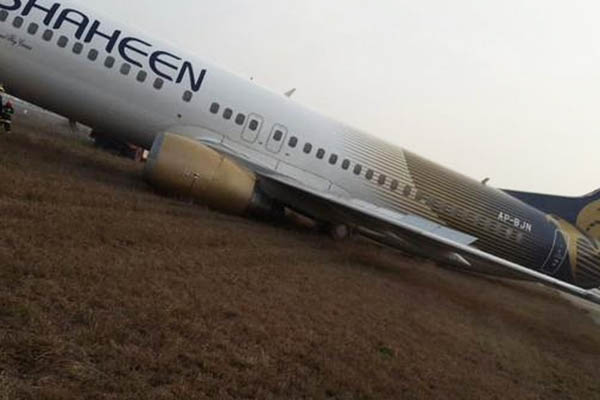 The pilot of a Pakistani passenger plane that skidded off the runway last week was intoxicated, officials confirmed on Saturday, as the country’s civil aviation authorities warned carriers not to let their pilots fly drunk.

The private Shaheen Airlines plane carrying more than 100 passengers was landing in Lahore when one of its tyres burst causing it to skid off the runway. Nobody was hurt in the accident.

Pervez George, a spokesman for Pakistan’s Civil Aviation Authority (CAA), told AFP on Saturday that “the medical investigation reports of cockpit crew just after the incident revealed that the pilot in command had an unacceptable level of blood alcohol.” The tests also showed the pilot was fatigued, George added.

CAA head Amjad Ali Toor said he had told local airlines “to strictly ensure that their pilots maintain highest levels of aviation standards and refrain from flying under the influence of alcohol.”

The sale of alcohol in Pakistan is banned except to non-Muslims and non-Muslim foreigners, but this has not stopped its consumption and there have been other recent cases of Pakistani pilots operating planes while drunk. A Pakistan International Airlines pilot was jailed for nine months in Britain in November 2013 for being drunk before he was due to fly a plane with 156 people on board.