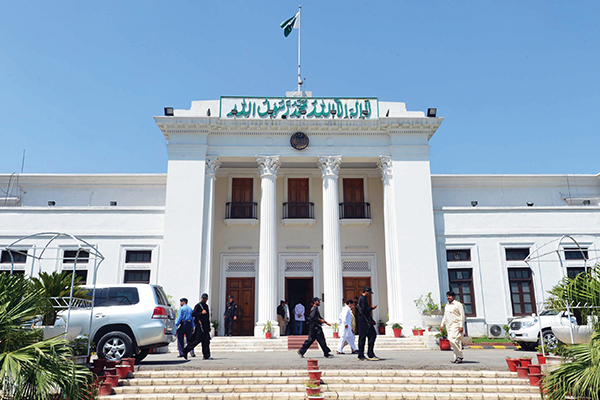 Imran Khan’s rickety Pakistan Tehreek-e-Insaf, which leads the ruling coalition in Khyber-Pakhtunkhwa, is intent on proving its detractors right. On June 20, the party’s Mujahid Ali, a member of the National Assembly, demanded the release of self-confessed governor assassin Mumtaz Qadri. (Ali also said he wouldn’t eat lunch at Parliament until the crazed convict is freed.) Instead of issuing a full-throated condemnation, the PTI took shelter behind the anodyne declaration that the law be allowed to take its course with Qadri. This seeming reverence for the killer is perhaps a sop to the Taliban—who have killed two PTI M.P.s so far. During the election campaign, the militants had trained their sights exclusively on “secular” parties giving electoral advantage to center- and far-right parties. PTI is also under fire for the dissonance between its words and deeds. Belying austerity claims, the party’s top rep in the northwest, Pervez Khattak, was roundly criticized for using a public helicopter for his private use and was also called out for moving into the chief minister’s official residence in Peshawar despite pre-election claims to the contrary. Khattak has since said he will pay for the chopper ride. The PTI took great pride in marketing itself as an honorable alternative to the PPP and PMLN. If it doesn’t enforce party discipline and grow a spine, PTI’s alternatives are waiting in the wings.