Home Lightbox Planning the Next Bout

Planning the Next Bout 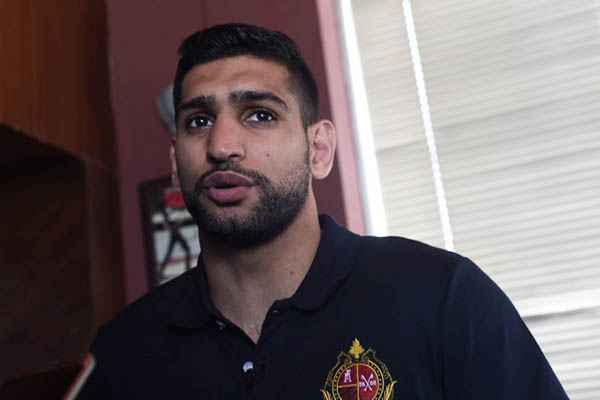 Amir Khan, Kell Brook in talks to fight each other next year.

British boxing stars Kell Brook and Amir Khan “are in talks” to fight each other in May 2017, according to IBF welterweight world champion Brook’s promoter Eddie Hearn.

Both pugilists experienced chastening defeats when they stepped up a weight division to middleweight—Brook’s bout with the outstanding Kazakh Gennady Golovkin being halted in the fifth round and Khan going one round further with Mexican Saul ‘Canelo’ Alvarez. Khan and Brook, both of whom are 30-years-old, said they would not make that mistake again and reverted to welterweight—though it is not known whether Brook’s world title would be at stake.

“There’s a good chance of it [the bout] happening,” Hearn told the BBC. “Amir wants it to happen, so does Kell. We want to put a fight on for the fans. Kell has proved himself. He beat Shawn Porter and had a good fight with Golovkin. The time is right,” added Hearn.

Certainly both fighters suggested they were enthusiastic to fight each other—Hearn suggested it could take place in Manchester in ‘Manchester Arena or Old Trafford’—judging by their tweets on Wednesday. “The 1st man to smash kell brooks face @GGGBoxing [Gennady Golovkin], standing with him [a photograph of Golovkin and Khan] is the next guy to smash Kell Brook’s face,” tweeted Khan, who earlier this year said Brook wasn’t of high enough stature for him to fight.

Brook responded in kind. “Glad you’ve woken up from your last KO, I believe our teams are talking. Look forward to sending you back to sleep #Queen Kardashion zZzZzZ,” tweeted Brook.