‘Playboy’ to Bring Back Nudity 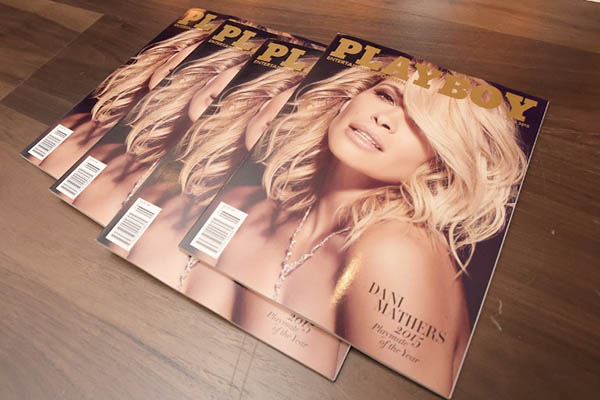 Magazine publisher backtracks from ‘no nudity’ pledge it had undertaken just a year earlier.

Playboy is bringing nudity back, a year after it told its models to put clothes back on. The magazine publisher, which broke taboos in the 1950s with its racy centerfolds and then decided to stop the use of nude photos, announced on Monday it is returning to its long-standing tradition.

“I’ll be the first to admit that the way in which the magazine portrayed nudity was dated, but removing it entirely was a mistake,” Cooper Hefner said in a statement posted on Twitter. “Nudity was never the problem because nudity isn’t a problem. Today we’re taking our identity back and reclaiming who we are.”

Playboy teased the upcoming March/April edition with a photo on Twitter of its Playmate of the Month and the hashtag #NakedIsNormal.

Cooper Hefner at the same time posted an essay updating “the Playboy philosophy,” which had been espoused by his father, who is now 90. “It was clear my dad’s aim when launching Playboy was to promote a healthy conversation about sex while also encouraging dialogue on social, philosophical and religious opinions,” he wrote. “Nonetheless, many misinterpreted that message or missed it entirely, choosing instead to focus on the magazine’s unapologetic portrayal of nudity and its revolutionary approach to sex, including conversations about the act itself. And this is the ultimate irony, given that sex is figuratively the big bang behind your existence, my existence, all of conscious existence and civilization itself.”

Playboy stopped publishing nude images starting with its March 2016 edition, as part of an effort to broaden its audience both online and in print. The magazine’s circulation had fallen sharply at a time when pornography and sexual content flourished online.

Monday’s announcement marks a new rebranding—which also removes “Entertainment for Men” from its covers. “Playboy will always be a lifestyle brand focused on men’s interests, but as gender roles continue to evolve in society, so will we,” Cooper Hefner said.

The new issue also features an essay, “Free the Nipple” by actress Scarlett Byrne, who appears in a pictorial and, according to Playboy, writes “about the importance of owning female sexuality and the double standards that still exist between women and men.”