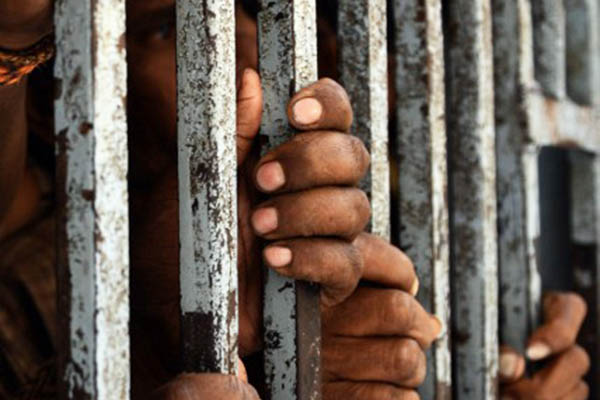 Pakistan’s failure to reduce overcrowding in its prisons—even as a second wave of COVID-19 shows few signs of abating—is endangering the lives of tens of thousands, according to a new report compiled by Amnesty International and Justice Project Pakistan.

Prisoners of the Pandemic—The Right to Health and COVID-19 in Pakistan’s Detention Facilities was released on Monday and examines the country’s response between March and July to the challenges posed by the pandemic. Noting that by August 2020, at least 2,313 prisoners had tested positive for COVID-19, it slams the authorities for failing to reduce the country’s prison population despite promising to do so to curb the spread of the virus.

“With infections and fatalities rising daily, overcrowding in Pakistan’s prisons is a ticking time bomb. The authorities must learn the lessons of the first wave and urgently ensure a significant reduction in the country’s prison population,” said Rimmel Mohydin, South Asia Campaigner at Amnesty International. “It’s no secret that Pakistan’s prisons were dangerously overcrowded even before COVID-19 struck. The authorities recognized that special protective measures were needed for prisons—above all, a big reduction in prisoner numbers. A series of failures in the early stages of the pandemic meant that this goal was spectacularly missed, leaving people in detention dangerously exposed as the country approaches a second spike,” she added.

This report, comprising research carried out between Aug. 1, 2020 and Sept. 20, 2020, involved on-site investigations in six prisons and includes 22 interviews with prison authorities, medical personnel, prisoners and newly-released prisoners. It noted that the Islamabad High Court had, in March, ordered that no unnecessary arrests should be made to curb the spread of COVID-19. However, says the report, there was a continued intake of prisoners with minimal precautions to prevent transmissions within prisons and no official steps were taken to limit prisoner intake or reduce the pace of arrests for petty crimes.

“Indeed, during the outbreak, the police arrested and detained several individuals simply for exercising their rights to freedom of expression and peaceful assembly,” reads the report, adding that this included health workers protesting lack of resources and personal protection equipment; students protesting a lack of internet access to attend virtual classes; and a transgender rights activist detained in a prison with a known COVID-19 outbreak.

According to the Federal Ombudsman, the national overcrowding rate in Pakistan’s prisons is 134 percent, with significantly higher percentages depending on the prison. Amnesty and JPP say the overuse of arrests and detention, including for minor offenses, as well as a massive backlog of cases in Pakistan’s courts and long delays between hearings contribute to the prison populations.

Noting that in March, when COVID-19 first started spreading through Pakistan, media reports had suggested at least 20,000 prisoners across Punjab were set for release, the report said Islamabad High Court had also issued directives to release pre-trial prisoners detained for non-prohibitory offenses, and those whose bail was refused previously. The Sindh High Court also authorized the release of 519 prisoners on bail.

However, says the report, the Supreme Court intervened on March 30 and suspended all bail orders specifically granted on account of COVID-19. This, it notes, halted the campaign to reduce prison populations and led to the re-arrest of prisoners who had already been released. It says that an apex court decision for prison authorities to prepare lists of at-risk prisoners eligible for release was ignored by prison authorities, stalling all attempts to reduce prison populations through early releases.

“A justice system that caused the problem of overcrowding in the first place also stood in the way of resolving it. The response in the early stages of the pandemic ensured that prisons remained a teeming hotbed for COVID-19 transmission. The Pakistani authorities must not commit the same mistakes as a second wave looms over the country,” said Mohydin.

“In April this year, the Supreme Court of Pakistan outlined specific categories of prisoners who would be eligible for bail on account of their age and sentences, but those prisoners were never released. The prime minister, too, had reaffirmed the release of women prisoners nearly 3 months ago and yet over a thousand women continue to languish in jails, many with their children,” said Sarah Belal, Justice Project Pakistan’s executive director, warning of a looming health disaster.

According to JPP and Amnesty, some prisons house between six and 15 prisoners in jail cells built to hold a maximum of three individuals. Some prisoners interviewed for the report described having to sleep in shifts because there was not enough floor space for all of them to lie down at the same time, it said.

The report also slams the lack of visitation during the outbreak, noting that for a period of four months between March and July no one was allowed to meet any prisoners. “On July 7, after almost four months, families were allowed to meet prisoners once every 15 days. Lawyers, however, were still not permitted to visit their clients,” it said, noting this hampered effective communication.

The lack of a clean and consistent supply of water was also found to be an alarming concern for prisoners, with many reporting that they did not have adequate water to drink or wash with. “The appalling state of Pakistan’s prisons is a longstanding problem that has been ignored by all levels of government for years. The COVID-19 outbreak has exposed just how precarious the conditions in prisons are, and the threats these pose to the lives and health of prisoners, prison staff and the community at large,” said Mohydin. “The Pakistani authorities must tackle these systemic issues, ease the strain on the prison infrastructure and address the multiple human rights violations that take place behind prison walls every day,” she added.

Amnesty and JPP have urged Pakistani authorities to urgently submit lists of prisoners at risk who can be eligible for early, temporary or conditional release; to immediately and unconditionally release all prisoners detained solely for exercising their human rights; and to follow through on any orders to implement early releases of women and children in prisons.