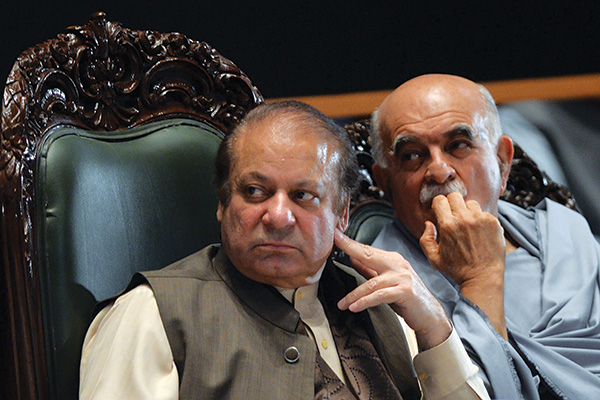 Has the outcome of the upcoming general elections already been decided?

Earlier this week, the Lahore High Court upheld a ban on anti-judiciary speeches under Articles 19 and 68 of the Constitution—without specifically banning any individual’s right to free speech. Unfortunately, the ruling resulted in an effective gag on the freedom of comment allowed under the same laws. Believing the verdict was a direct attack on their leaders—buoyed in no small part by media coverage claiming it was targeting ousted prime minister Nawaz Sharif’s recent speeches—many Pakistan Muslim League (Nawaz) workers took to the streets in Kasur in protest.

Over 70 PMLN workers, including federal and provincial lawmakers, were arrested for demonstrating “against judiciary and state institutions.” They were charged with using “inappropriate language” against the courts. Eager to avoid similar treatment, TV channels immediately started censoring any language that could be perceived as critical of the judiciary. The self-censorship also extended to local dailies, which have started rejecting articles that were deemed kosher in the past, causing a social media sensation around so-called ‘banned’ opinions.

The biggest victim of the recent burst of pro-judicial fervor has been Pakistan’s largest media house, the Jang Group. Cable operators, claiming warnings by “influential personalities,” have started burying its Geo TV channel in the numerical boonies or removing it from their channel lists entirely. Per reports, the channel had to agree to block all negative coverage of the military and judiciary to be allowed back into the military-controlled cantonments. It also had to agree to stop any positive coverage of Nawaz Sharif. Sensing blood in the water, Geo’s rivals have already adopted a stark anti-PMLN stance, making no bones about their partisanship in the political drama currently unfolding in Pakistan.

The ongoing saga has deepened suspicions among the public that the “deep state” is attempting to muscle out the government in league with a compliant judiciary. Given this scenario, it is understandable that some PMLN politicians are jumping ship and climbing on to the bandwagon of “establishment-backed” Pakistan Tehreek-e-Insaf. Somewhere, the coming polls are being plotted with a rigged consensus.