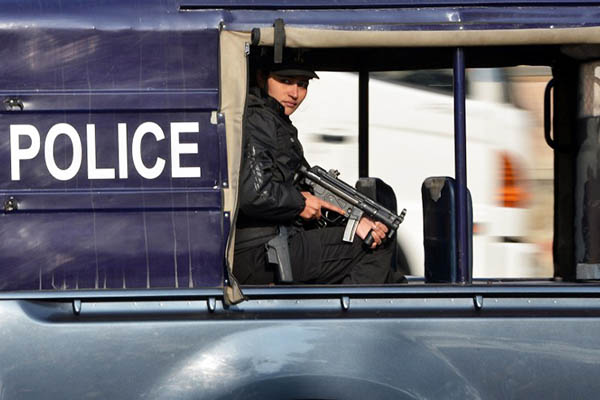 Main opposition PPP has vowed to block the ordinance at the Senate after the National Assembly passed it.

The federal government is fighting a battle to enact a tough anti-terror law that rights activists and opposition parties claim as repressive.

The Protection of Pakistan Ordinance allows security forces to detain suspects for up to 90 days without disclosing their whereabouts or the allegations against them. Anyone arrested under the new law must prove their innocence—reversing the usual legal burden of proof—and satisfy courts they are not engaged in terror activities.

The government of Prime Minister Nawaz Sharif introduced the legislation in a bid to curb the violence and instability blighting the nuclear-armed state. Pakistan has been in the grip of a homegrown Taliban insurgency since 2007, with more than 6,800 people killed in bomb and gun attacks according to an AFP tally. The country also faces a violent separatist movement in Balochistan province and rising sectarian violence, much of it orchestrated by banned groups such as Laskhar-e-Jhangvi.

Law enforcement agencies and the sclerotic courts system have struggled to make any impact on the violence.

The Lower House of Parliament, controlled by Sharif’s ruling Pakistan Muslim League-N (PMLN) party, approved the new bill earlier this week. But the main opposition Pakistan Peoples Party (PPP) says it will fight to block it in the Upper House, where it holds sway.

Campaigners say up to 2,000 people have disappeared into custody of security services, many from Balochistan. “It also legitimizes extrajudicial killings, because the law authorizes the police and the military to shoot anybody on the basis of reasonable suspicion, without evidence,” Babar said.

Human Rights Watch (HRW) urged the Senate to reject the law in its current form and send it back to the National Assembly for amendments. “The Protection of Pakistan Ordinance as drafted runs roughshod over rights provided under international law as well as Pakistan’s Constitution,” HRW’s Brad Adams said in a statement.

Mushahid Hussain, the chairman of the Senate defense committee, said he did not think the bill could be passed in its current form. “There is unlimited authority given to the security forces and police for shoot-to-kill orders. This authority can be abuse. So we find this unacceptable,” he said.

If the Senate and National Assembly cannot agree on amendments, a joint session of both houses may be called to debate the matter. Even if it is passed, the Pakistan Tehreek-e-Insaf (PTI) party of former cricketer Imran Khan has vowed to challenge it in the Supreme Court.

I appreciate the parties struggling for the rights of the populace.