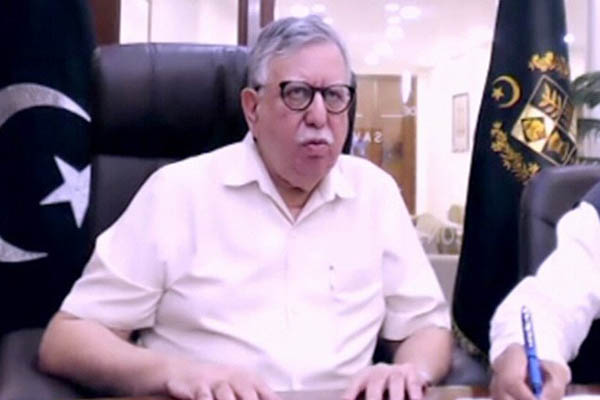 Finance minister claims PTI will raise revenue collection to Rs. 7 trillion by the time its tenure ends in 2023

Finance Minister Shaukat Tarin on Thursday blamed the policies of Pakistan Muslim League (Nawaz) during its 2013-18 tenure as well as conditions placed on the Pakistan Tehreek-e-Insaf by the International Monetary Fund for the slow pace of Pakistan’s economic growth.

In a press conference convened virtually to respond to the PMLN’s pre-budget seminar, Tarin and the ministers of energy and industries stood by the incumbent government’s stance of 2013-18 tenure leaving behind unsustainable economic growth with borrowed money, claiming that the PTI would end its tenure in 2023 with higher sustainable growth and revenue collection of Rs. 7 trillion.

The finance minister claimed that the government planned to move toward growth in the next two years after having achieved “stability,” and criticized the previous government for leaving the economy in a state that “forced” the PTI to agree to harsh conditions to enter an IMF program. He claimed the government would increase its revenue by 20 percent annually over the next two years, adding that Rs. 4.7 trillion target would be achieved next year, followed by Rs. 5.8 trillion the subsequent year, and Rs. 7 trillion in the final year of the present tenure.

Claiming the IMF extended fund facility inked by the incumbent regime had been “very unfair” to Pakistan, he said that the government had overcome its conditions as well as the COVID-19 pandemic to achieve an economic growth rate close to 4 percent. This, he predicted, would be followed by growth of 5 percent next year and 6 percent the year after that.

Referring to former finance minister Ishaq Dar, he said even those in the PMLN were aware that the current account deficit of $20 billion left by them necessitated tough adjustments that had resulted in high inflation, massive circular debt build-up, and artificial exchange rates. He reiterated claims that the government would focus on providing relief in the upcoming budget, and that the IMF had been informed that electricity and gas tariffs would not be increased any further. Instead, he said, alternative means of reducing circular debt would be introduced. The government’s top priority, he maintained, was reducing poverty by promoting skills development and providing housing facilities and health cards.

He claimed that former finance minister Miftah Ismail had raised petroleum development levy to Rs. 30 per liter during his tenure, while the present government had reduced it to Rs. 2-3. This is an incomplete retelling; the PTI has on several occasions imposed the maximum levy of Rs. 30 but has lowered it amid mounting criticism from the public already burdened by high inflation in all sectors of the economy.

Tarin repeated his belief that the government did not wish to impose additional taxes to enhance revenue collection, or resort to harassment. Higher collection, he said, would be achieved by expanding the tax base and bringing more traders into the tax net. He said the government was also increasing the development program by 38 percent in the upcoming fiscal to trigger economic growth and job creation.

The finance minister claimed that the government was also, once again, initiating the process of restructuring and privatization of loss-making state-owned enterprises.