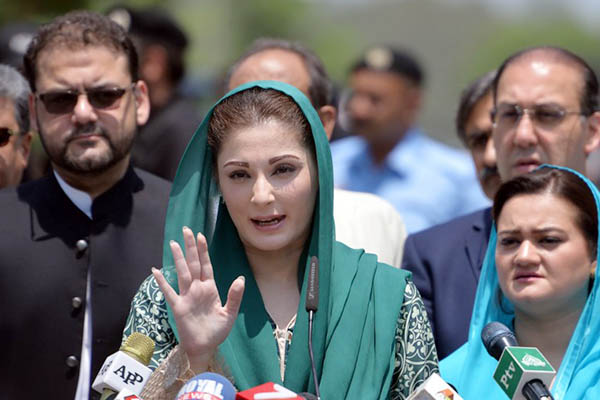 The ruling Pakistan Muslim League (Nawaz) on Monday rejected a report submitted by the Joint Investigation Team tasked by the Supreme Court to probe alleged money laundering by the Sharif family.

“JIT report REJECTED. Every contradiction will not only be contested but decimated in SC [Supreme Court]. NOT a penny of public exchequer involved: PMLN,” Maryam Nawaz, Prime Minister Nawaz Sharif’s daughter, posted on Twitter on behalf of the party. A press conference attended by senior party leaders echoed her words, saying the report was “worthless trash.”

The PMLN also sought to undermine the credibility of the report by suggesting it was playing into the opposition Pakistan Tehreek-e-Insaf’s narrative and questioning the suitability of the JIT”s members in handling legal investigations. “We will destroy every allegation in the report,” added Defense Minister Khawaja Asif.

Earlier, the 256-page report submitted by the JIT found that the prime minister and his children had accumulated wealth beyond their means and alleged that Sharif’s sons, Hussain and Hassan, had been used as proxies to build the family’s assets abroad. It recommended that the Supreme Court refer the matter to the National Accountability Bureau for further action against corruption—which has yet to be proven in a court of law. The Supreme Court has said it will gather final statements from respondents and petitioners before rendering its verdict starting from Monday, July 17.

According to the JIT, the Sharifs were unable to adequately prove that the wealth declared by them matched their sources of income. It also noted that the family had accrued a large amount of loans and gifts from foreign companies, alleging that this was used to acquire properties in London.

The report also claims that the Sharifs were unable to provide the money trail for how they purchased their London properties and dismisses the documents provided by them as fake.