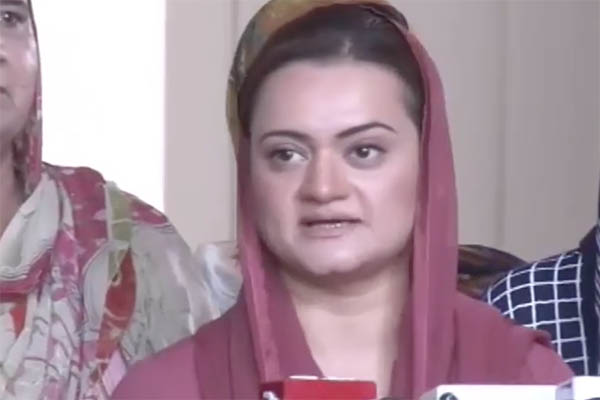 The CCPO, in multiple interviews, has blamed the motorway rape victim for “thinking she was in France”; traveling without any male guardian late at night; not checking her fuel gauge; and taking a “dangerous” route.

“The CCPO Lahore must be given as severe a punishment as will be handed out to the rapists,” Aurangzeb told a press conference in Islamabad. “That mother had her children with her, her protection was your [CCPO] responsibility,” she added. Terming the motorway rape a “tragic” incident, she said the CCPO must be made an example out of to discourage such mindsets from operating with impunity.

Criticizing the CCPO for victim-blaming and questioning how a citizen of Pakistan chose to live in this country, the spokesperson said the cop should focus on his own duties and on the slow pace of investigation rather than doling out unwanted advice. “CCPO Lahore asked why the woman stepped out at night. He asked why the woman went out without a driver,” she said. “[It’s a fact] The woman called the police for assistance but no authority helped. CCPO Lahore’s focus should be on why the police did not come to her rescue,” she added.

No country for women

Aurangzeb said that the CCPO, seeking to “clarify” his statement had claimed that the woman had left her house thinking she was still in France “because there is writ of state, there are moral values, citizens are provided protection, there is rule of law.” She said that this was a clear admission that in Pakistan 110 million women did not have any protection. “It means that right now in the Islamic Republic of Pakistan, there is no writ of law, there is no law and order and there are no moral and social values,” she said, adding this was tantamount to telling women they should not expect any security from police “because there is no rule of law.”

Echoing a common sentiment among Pakistani women on social media, the PMLN spokesperson said the CCPO’s statement was equivalent to saying women should not leave their homes after 6 p.m. “If they do, and are raped, it would be their own fault,” she added.

The PMLN spokesperson also said that Sheikh’s remarks contradicted Article 9 of the Constitution, which dictates that no person shall be deprived of life or liberty in accordance with law.

Aurangzeb stressed that comments such as those passed by Sheikh were “an encouragement” to those who perpetrated such horrific crimes and condemned the ruling party’s lawmakers who had come out in support of the CCPO.

“A federal minister comes and speaks in favor of the CCPO’s statement,” she said, referring to either Planning Minister Asad Umar or Adviser to the P.M. on Accountability Shahzad Akbar, who had both tried to dismiss the furor.

Akbar, in a press conference, claimed the “unneeded” controversy was created by the opposition and suggested the CCPO was “misunderstood.”

Umar, meanwhile, told anchor Hamid Mir that no action could be taken against the cop because he had “not said anything illegal.” Surprisingly, neither had the Inspector General of Police that Prime Minister Imran Khan nonetheless directed Chief Minister Usman Buzdar to remove from his post after he protested the CCPO’s insubordination.

Reportedly, two men on Tuesday night robbed and gang-raped a woman on the Sialkot-Lahore Motorway, in the presence of her three children, leaving the entire family traumatized.

Per a police report, the woman was driving from Lahore to Gujranwala when she ran out of fuel and had to stop her vehicle. After seeking help from a relative, she called the Motorway Police, who told her she was not within their jurisdiction.

While she was awaiting aid, the robbers approached her car, broke the window, then forced the woman and her children to walk to a nearby thicket and gang-raped her while holding a gun to her children.