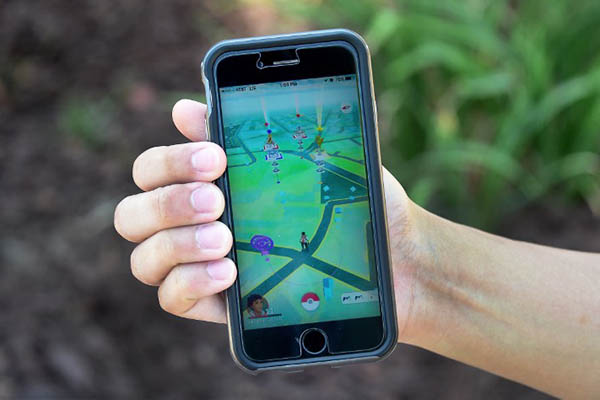 With Pokemon-mania sweeping the planet, Nintendo’s nascent shift into mobile gaming has proved a massive hit, vindicating the Japanese videogame giant’s decision to unshackle itself from a long-standing consoles-only policy.

Since its release last week, smartphone game Pokemon Go has been winning legions of fans around the world, downloaded millions of times and topping the rankings at official online shops. The game hasn’t even been released in Japan yet, but Pokemon franchise creator Nintendo is reaping the rewards as its Tokyo-listed shares skyrocket in response to the app’s sizzling debut.

The stock was up nearly 60 percent in just four sessions as of Tuesday.

That eye-popping rally has boosted Nintendo’s market value by billions of dollars and underscored how investors see the game as crucial to its fledgling migration on to mobile devices.

The free app was adapted to the mobile Internet age by U.S.-based Niantic Labs, a company spun out of Google last year. “Investors have big expectations that Pokemon Go will open a new chapter in Nintendo’s future growth,” said Takashi Oba, a senior strategist at Okasan Securities in Tokyo.

In March, the Kyoto-based creator of Super Mario and Donkey Kong released its first mobile game “Miitomo”—a free-to-play and interactive game that allows users to create avatars—as it tries to compete in an industry that has increasingly moved online. That followed the firm’s announcement last year that it was teaming up with Japanese mobile specialist DeNA to develop games for smartphones based on its host of popular characters.

The mobile strategy marked a U-turn for a company that had resisted the move for years, insisting that games for smartphones and tablets risked hollowing out its core business and damaging the value of its games. But its balance sheet suffered and Nintendo’s Wii U console failed to match the popularity of the original, forcing a rethink.

“Sales have been slowing, Nintendo was long focused on console games and has not seen a big hit since the Wii series,” Oba said.

Nintendo President Satoru Iwata, a leading figure in the videogame industry who died of cancer last year at the age of 55, was a firm backer of the consoles-only view. Iwata had overseen the success of Nintendo’s Wii and a surge in revenue before smartphone games started eating away at the company’s success.

But months before he passed away, Iwata publicly acknowledged that consoles alone were not the future. “The world is changing, so any company that is not coping with the change will fall into decline,” he said at the time.

The move was seen also seen as critical for Nintendo to offer up stiff competition to console-maker rivals Sony and Microsoft. One of Nintendo’s biggest hits over the years has been Pokemon, which spawned two decades of games and branded merchandise.

Pokemon Go uses smartphone satellite location, graphics and camera capabilities to overlay cartoon monsters on real world settings, challenging players to capture and train the creatures for battles. But despite the huge success of the game, Nintendo’s share surge was overdone as it will have a limited impact on the firm’s bottom line, said Nomura Securities analyst Junko Yamamura.

“Pokemon Go was mainly developed by Niantic,” Yamamura said in a commentary. “The recent share price rally accordingly looks excessive based on profits from Pokemon Go alone. [But the game] may have implications for subsequent titles and for the mobile games industry as a whole.”