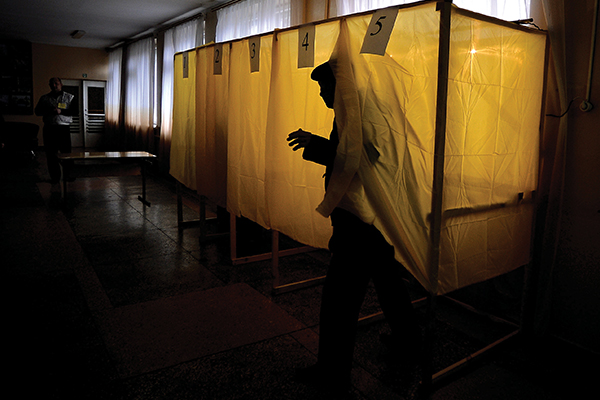 Two days after a historic referendum in Ukraine’s Crimea conducted in the shadow of Russian troops, Russian President Vladimir Putin signed a treaty, on March 18, absorbing Crimea into its federation. The West’s response was as swift as it was toothless. U.S. and EU officials, who had imposed travel sanctions on some Russian apparatchiks earlier, spoke angrily. U.S. Vice President Joe Biden accused Putin of a “land grab.” The EU “suspended” Russia’s participation in G8 meetings, but German Chancellor Angela Merkel said Russia remains a member of the Group of Eight. It’s not all Putin’s fault. Writing in The New York Times, Prof. John J. Mearsheimer said “the taproot of the current crisis is NATO expansion and Washington’s commitment to move Ukraine out of Moscow’s orbit and integrate it into the West.” The U.S., he says, “made a fatal mistake” in backing the protests which started in November against the now-former president of Ukraine, Viktor F. Yanukovych, who had preferred Putin’s deal to the EU’s. Russia and Putin are exultant, even as they risk the possibility of replacing Iran as a globally economically-sanctioned state.

Trump Under Fire for Saying He Respects ‘Killer’...