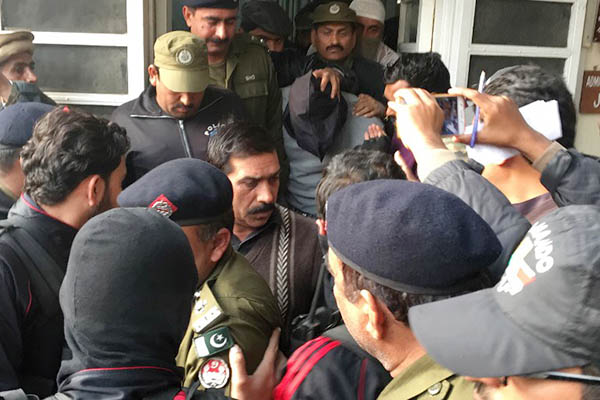 Police on Tuesday arrested the key suspect accused of raping and murdering a young girl in a case that enraged the country and stoked fears a serial killer was preying on children in Kasur.

The killing of six-year-old Zainab Fatima Ameen—the 12th child found raped and murdered in Kasur within a two-kilometer radius in the last two years—sparked riots, with thousands swarming police stations and setting fire to politicians’ homes, accusing authorities of inaction.

Shahbaz Sharif, chief minister for Punjab province where Kasur is located, announced the arrest of Imran Ali in a press conference late Tuesday.

“The killer of Zainab has been arrested, his name is Imran, he is 24 years old and a resident of Kasur, he is a serial killer,” Sharif said. He added that authorities conducted DNA testing of 1,150 people and the DNA of Ali “100 percent” matched the evidence collected from the crime scene. “Then in a polygraph test, the culprit confessed all of his wrong doings, we have the video recording,” said Sharif.

Police said preliminary findings found DNA connecting Ali to Zainab’s murder. Investigators also found the same DNA on six of the 12 victims, according to medical officials. “Ali lived on a street next to Zainab,” a police official in Kasur told AFP.

Another senior police official said Ali had been arrested days after the killing but was later released by authorities after he denied involvement. “The accused was apprehended as a suspect in a door-to-door raids,” said the officer who spoke on the condition of anonymity. “He fled the city and went to other cities for some days without knowing he was under observation,” he added, confirming his confession.

The murder of Zainab sparked fury across Pakistan with two people killed in riots in Kasur and the hashtag #JusticeForZainab trending on social media, as celebrities, opposition politicians and ordinary citizens demanded action.

Television stations have repeatedly broadcast chilling CCTV footage purportedly showing the young girl walking hand-in-hand with an unidentified male in what may have been her last moments. Following the murder of Zainab, police rounded up hundreds of people and conducted DNA tests on dozens more in the vicinity, but failed to yield conclusive results, spurring accusations of incompetence.

A BBC report last week accused police of the extrajudicial killing of a man wrongfully accused in one of the earlier murder cases. Prior to the recent flood of cases, Kasur was already infamous for sexual abuse, after authorities uncovered a huge pedophilia ring in the city in 2015. At least 280 children were sexually abused on camera by men who later blackmailed their families, threatening to leak the footage.