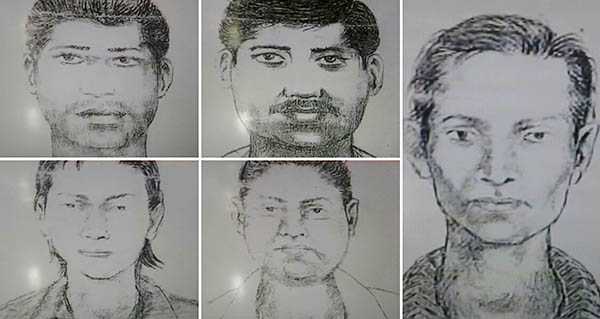 Three of the five men who gang-raped a journalist on assignment have yet to be apprehended.

Mumbai police arrested a second man Saturday on accusations of gang-raping a female photographer in the Indian financial hub, an attack that has renewed anger over the country’s treatment of women.

Echoing a similar assault in New Delhi in December that sparked nationwide protests, five men gang-raped a woman in her early twenties in central Mumbai when she was on a magazine assignment with a male colleague on Thursday evening.

Officers arrested the first suspect, in his early twenties, on Friday and a second arrest was made overnight, according to police spokesman Satyanarayan Choudhary. “Yes, in the night,” he confirmed, without giving further details.

The attack, which shocked a city seen as far safer for women than the capital, sparked outrage on social media sites, uproar in the Indian parliament and a protest in Mumbai led by journalists.

“While we may still believe that Mumbai is a safe city for women, today that belief lies badly bruised,” said a front-page editorial in the Mumbai Mirror on Saturday. The latest attack “only reaffirms Mumbai’s rapidly declining safety record and its decaying moral core,” the Mirror said.

The local Mid Day newspaper, under the headline Real Change Needed, said that the challenge is “to build society that looks at women as equal citizens.”

The Mumbai victim was recovering in hospital and is in stable condition.

The incident comes eight months after a 23-year-old woman was gang-raped by five men in a moving bus in New Delhi, while her male companion was beaten up. She died two weeks later from severe injuries. A trial is in its final stages in that case, which sparked massive protests and led to a tougher anti-rape law.

The Mumbai gang rape happened in an abandoned mill compound next to a fashionable area of apartment and office blocks, shops and restaurants.