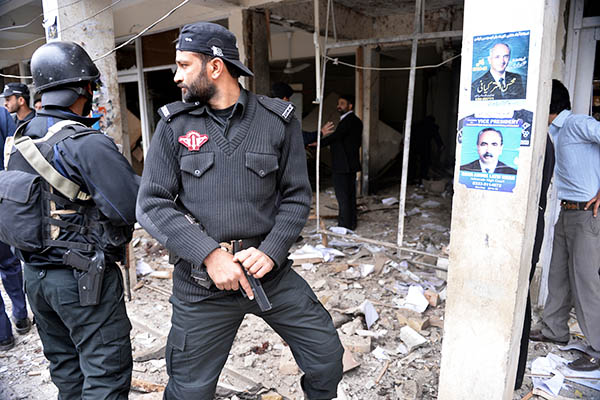 A police official accidentally discharged his weapon, injuring his colleagues.

Two police commandos were injured when one of their colleagues accidentally discharged his weapon during a routine patrol in Islamabad on Tuesday, officials said, after earlier describing the incident as an attack.

Speaking from the scene, senior police officer Raza Hassan said he had ruled out a deliberate attack. “One of the personnel accidentally fired and that hit the others,” he said. He added that one of the injured had been discharged from hospital while the other was undergoing surgery.

Earlier, Abdul Majeed had described the incident as an attack by “unidentified gunmen.”

The city has been on high alert for a militant backlash against airstrikes on insurgents in the restive tribal areas in late May which killed at least 75. Twin bomb attacks on the capital last month killed one and wounded another. While thousands have been killed in militant violence in Pakistan in recent years, attacks in the capital, much of which is heavily guarded, have been rare.