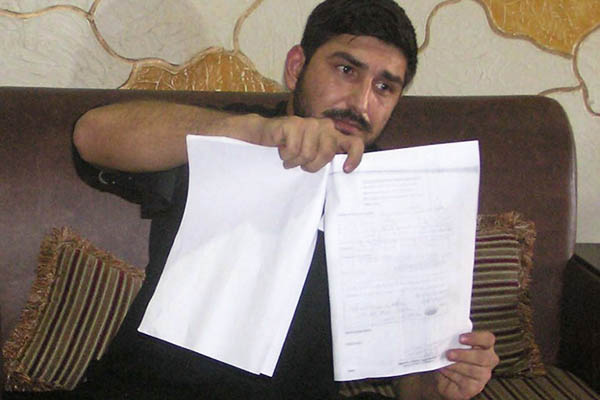 Forensic report reveals British national did not die of natural causes as claimed by her father.

A British woman suspected to have been the victim of an “honor killing” in Pakistan was suffocated according to a forensic report, police said on Wednesday.

Mukhtar Kazam, in a complaint to police, has said his wife Samia Shahid was murdered during a visit to her family in a village in Punjab province on July 20. Shahid’s father has denied the charge and claimed his daughter died of natural causes.

At an emotional press conference last week Kazam presented a copy of a postmortem report, which said the 28-year-old had marks on her neck, suggesting she had been strangled. Police said the latest forensic report had confirmed Shahid died an unnatural death.

“The forensic report has been received by a three-member special investigation committee set up by chief minister Punjab and according to it Samia Shahid’s death occurred due to asphyxia,” said Abubakar Khuda Bakhsh, the chief investigator.

Kazam has described his wife’s death as an “honor killing,” in which a relative is murdered by another for bringing what is deemed dishonor to the family.

Kazam and Shahid, who was a dual British-Pakistani citizen, had been married for two years and were living in Dubai, police have said, adding that it was Shahid’s second marriage.

Kazam has said his wife converted to Shia Islam, his own sect, before their wedding, a move that had irked her parents.

Shahid’s first husband Mohammad Shakeel, her parents and a cousin are being investigated, police have said.

The victims of “honor” killings are overwhelmingly women, with hundreds killed each year. The crimes have long polarized Pakistan, with progressives calling for tough legislation against them and conservatives resisting.