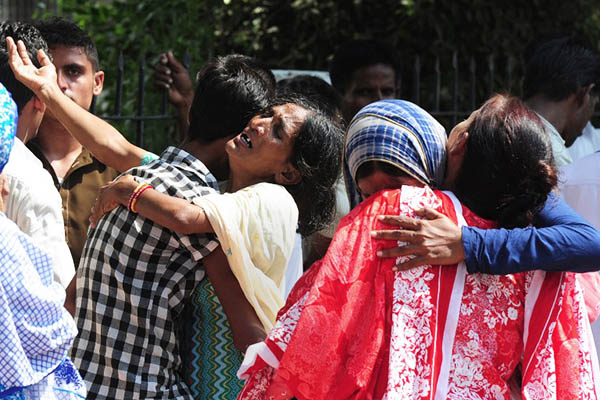 At least 29 people confirmed dead with an additional 24 currently being treated at hospital.

Authorities in Karachi have suspended six senior excise officials and six policemen as part of investigations into the deaths of 29 people who consumed methanol-tainted liquor over the Eid holidays.

A further 24 people are still being treated in hospital as fears grow the fatality figure—already the highest for such incidents in seven years—could still rise. The death toll has jumped since the first fatalities were reported on Tuesday, with residents of the low-income Landhi and Korangi neighborhoods mainly affected.

The sale of methanol has been temporarily banned as it is frequently used in the creation of “katchi sharab” (homemade liquor), while officials and police officers have been suspended, pending an investigation into how the illegal alcohol came to be available in areas under their jurisdiction.

Gayan Chand, the provincial minister for excise, told AFP: “We have begun an inquiry to find out who sold the spirit illegally and we would take further action against those dealers.” He confirmed six officials from his department had been suspended, while a police spokesman said six members of the force in Karachi had been suspended for negligence because the incidents occurred in areas they are supposed to monitor.

The police spokesman said they had a prime suspect and had filed murder charges against him, but he was still at large late Thursday.

The incidents highlight the proliferation of low-grade liquor in Pakistan, which officially bars Muslims from drinking. Though legal breweries exist in Pakistan, the sale of alcohol and its consumption is prohibited for Muslims and tightly regulated for minorities and foreigners.

Seemi Jamali, a senior doctor at the Jinnah Post Graduate Medical College said that 29 people had now died as a result of poisoning because the alcohol was tainted with methanol, and 24 others were being treated.

Consumption of methanol can lead to blindness, liver damage and death. In 2007, 40 people were killed in Karachi after drinking contaminated liquor.