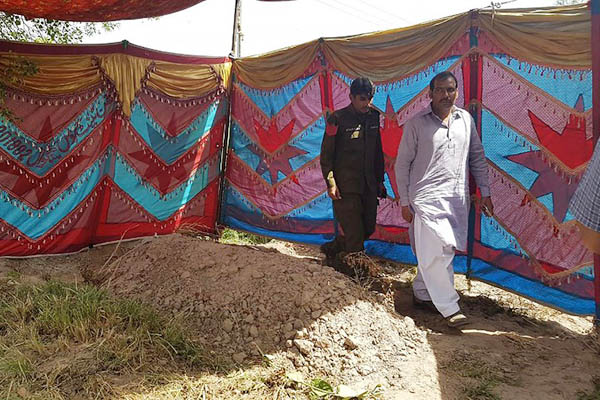 Police on Wednesday exhumed the body of an Italian national over claims she had been murdered by relatives in a so-called honor killing, in a case that has made headlines across Italy.

Police in Gujrat launched an investigation earlier this week into the death of Sana Cheema—of Pakistani origin and believed to have been in her mid-twenties—after allegations she had been murdered went viral online.

“After the news of her death spread on social media, police found the family and started an investigation,” said police officer Waqar Gujjar.

Cheema’s father, brother and uncle are currently being held in custody for questioning but have not been charged, added Gujrat police officer Mudassar Sajjad. “Now it depends on the post mortem report. If it determines the cause of death is due to murder, only then will police charge the suspects,” said Sajjad.

According to family members, Cheema died earlier this month after succumbing to an unspecified illness, said police officer Syed Mobarak.

Police said Cheema’s father Ghulam Mustafa brought her back to Pakistan to get married. This ultimately led to a confrontation with a nearby family who spurned the offer of a match, according to the woman’s family. Because of the rejection Cheema refused to eat, fell ill and died, relatives told police.

Reports in Italian newspapers alleged Cheema was killed because she wanted to marry a man in Italy against her family’s wishes.

Hundreds of women in Pakistan are killed by their relatives each year after allegedly bringing shame on their families in the Muslim-majority country. Under previous legislation the culprits—usually men—could escape punishment if pardoned by members of their own family. A new law removes the power to forgive culprits in such cases but critics contend some loopholes still exist.