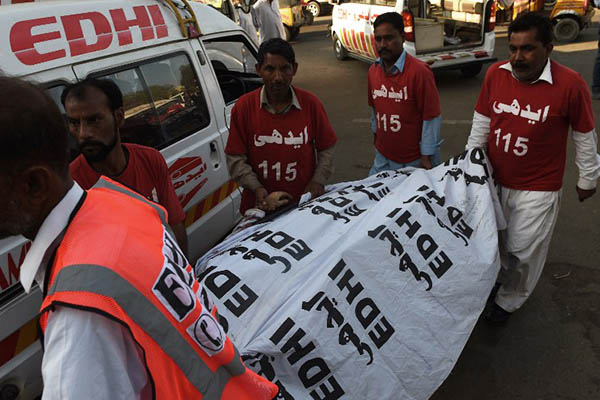 Police on Monday killed at least 12 militants involved in target killings and attacks on officers in Karachi, an official said.

Police raided a house where the militants were hiding out in Pipri district, some 50 kilometers northeast of central Karachi, triggering a gunbattle that lasted more than two hours.

Two policemen were wounded in the exchange, officials said.

Rao Anwar, a senior police official who led the raid told reporters that the militants belonged to Al Qaeda in the Indian Subcontinent and the anti-Shia Laskhar-e-Jhangvi (LeJ) group. “[They] were involved in target killings and attacks on police,” Anwar said.

Eight of the militants were killed during the gunbattle inside the house, while four who escaped were later killed in the Gadap area, 12 kilometers southwest of the first encounter. “Police followed them with the technical support of the intelligence agencies and took them down at Gadap,” Anwar said.