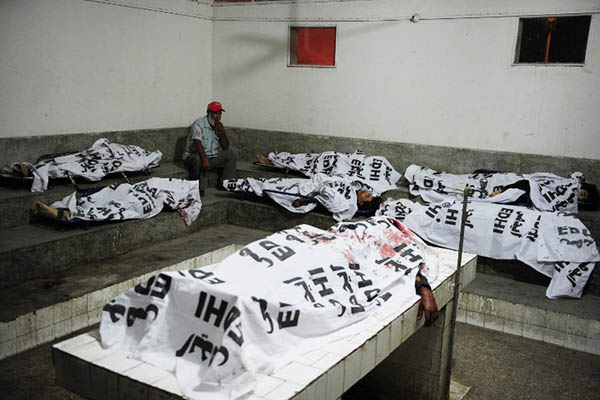 Karachi police on Friday claimed they had killed seven members of the Pakistani Taliban in a gunfight at a suspected militant hideout.

The shootout came as police raided a suspected hideout of the Tehreek-e-Taliban Pakistan (TTP) in the Gulshan-e-Buner neighborhood to the east of the city, said senior police official Rao Anwar. “Police asked the militants to surrender, but they opened fire, after which police responded,” he added.

“Seven terrorists were killed in the exchange of fire,” Anwar said, up from an earlier report of five dead, adding that a large stash of weapons was recovered from the scene.

Karachi, a city of 18 million people that contributes 42 percent of Pakistan’s GDP, has been plagued by sectarian, ethnic and political violence for years.