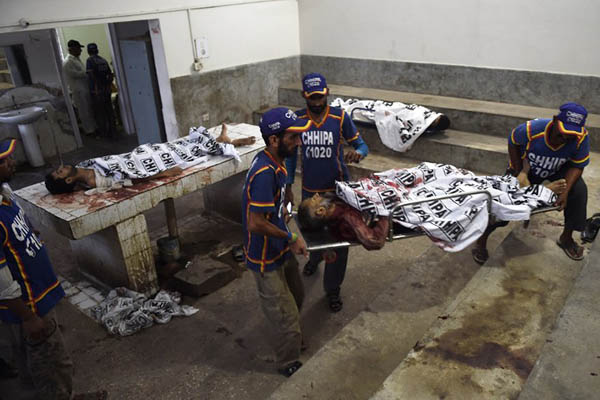 Police in Karachi killed three Al Qaeda militants during a gunfight on Sunday after raiding their hideout, officials said.

The skirmish took place in Gulshan-e-Buner, a low-income neighborhood in the city, when police were searching the area after receiving a tip-off that militants were hiding there, said senior police official Rao Muhmmad Anwar. “When police reached an area near a hill, terrorists started firing on them and in retaliation three militants were killed,” said Anwar, adding that the militants belonged to the Al Qaeda in the Indian Subcontinent branch.

Police also recovered weapons and explosives from the hideout, he added.

One of the militants was identified as Riaz Raju, who was wanted over the killing of policemen and murders of minority Shia Muslims in Karachi, Anwar said.

Two other policemen confirmed the raid and casualties.

Karachi, a city of 20 million and Pakistan’s economic hub, is frequently hit by religious, political and ethnic violence. Paramilitary forces began a sweeping crackdown on militants in the city in 2013, which has led to a substantial drop in overall levels of violence.

Al Qaeda and the Pakistani Taliban have carried out joint operations for years, but both are hostile to the Islamic State group, which is an upstart in the region.

Pakistan launched a countrywide campaign against militancy called the National Action Plan starting in 2015 after a deadly Taliban attack on a Peshawar school left more than 150 people, mostly children, dead.