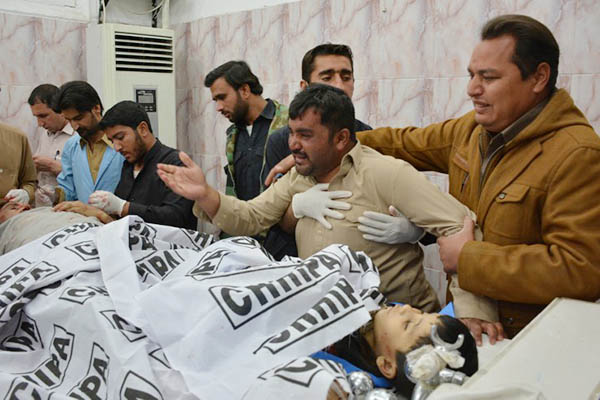 Targeted attack, as yet unclaimed, comes a week after another senior official was killed in the same city

A senior police officer and three of his family members, including his wife and son, were gunned down by unknown assailants in Quetta on Wednesday, police said.

The attack, which police say was targeted, comes a week after another senior officer was killed in a suicide attack in the city. “Unknown assailants sprayed bullets on the vehicle of acting Superintendent of Police Muhammad Ilyas,” said senior police official Abdul Razzaq Cheema. He said the officer, his wife, son and granddaughter were killed in the attack.

The incident was confirmed by other local police officials.

Nobody claimed responsibility for the attack but militant and separatist groups have targeted police in the province in the past.

Quetta is the capital of Balochistan province, which borders Iran and Afghanistan. It is Pakistan’s most restive region, afflicted by Islamist militancy, sectarian violence, and the separatist insurgency. Earlier on Wednesday, officials recovered the bullet-riddled bodies of 15 illegal migrants near the Iranian border.