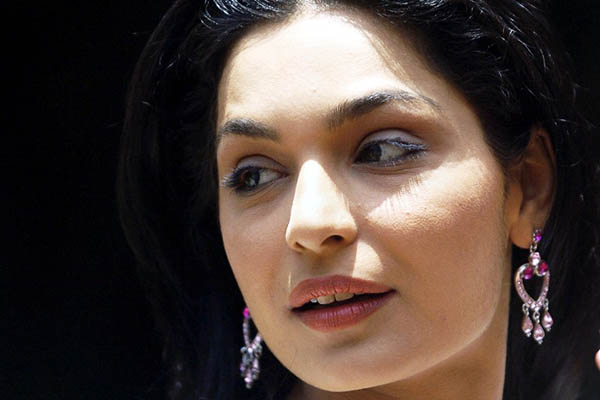 Pakistani actress’s lawyer maintains the video is fake and plans to overturn ruling in high court.

An Additional District and Sessions Court on Monday ordered police to investigate whether to bring obscenity charges against a popular film actress allegedly involved in a sex tape controversy.

Irtiza Rubab, known by her stage-name Meera, has stated that a video purporting to show her and husband Naveed Pervaiz having intercourse was fabricated. The clip, which was released in January, went viral in Pakistan.

Shabbir Ahmed, an office worker in Lahore, took the matter to court in February—saying she should be charged with “spreading obscenity and adultery.” The couple has not attended any of the case’s 10 hearings so far.

Meera’s lawyer Ahmed Faheem Bhatti said he would try to overturn Monday’s ruling in the high court. “My client has all along been denying that she was in the video and she has stated that it was a fake video,” the lawyer said.

This is absolutely ridiculous. First a car that runs on water alone, and now this. People need to understand that they cannot blame technology for all their mischief.

Meera ‘s sex video was seen by all. she had a sex act with her alleged husband. He was shown having sex with her, which was caught on tape. Obviously the arrangement was made with their consent. They are not guilty of any offense, but technically the sex act was filmed and exhibited over the internet web sites.

The controversy is extremely ridiculous in light of the glaring facts. I do not think investigations would reveal any new facts . It is just a frivolous case and matter of no importance to the Public. Who cares who she fuck with as long as its a private affair. She was no virgin, and its not done in a tasteful artistic way. The act is pornographic , but has no artistic value.