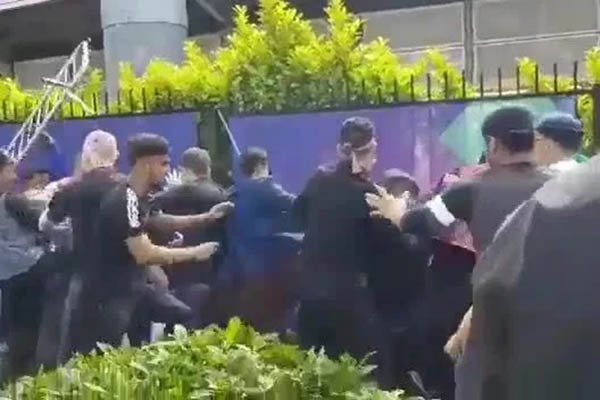 Police have launched an investigation after “unprecedented” crowd trouble at the World Cup match between Pakistan and Afghanistan at Headingley, during which a number of arrests were made.

West Yorkshire Police said they received reports of people climbing over a wall, assaulting staff on a gate and a fan going on to the pitch at Saturday’s game in Leeds.

Videos shared on social media show a fight between fans outside the ground, with a metal barrier being brandished and kicks, punches and shouting. Police said mobile phone footage showed people being assaulted, and appealed for anyone who was a victim or witness of an attack, or who has original footage of the incidents, to contact them.

“While these were isolated incidents, involving a relative minority of people attending the event, the scenes that were witnessed were completely unprecedented at a cricket match,” he said. “While we did not receive any direct reports of people being injured, the footage that is out there clearly shows people being assaulted during these incidents,” he added.

Bowen said crowd trouble at cricket was “relatively unheard of” and the match had been assessed as low risk, with no need for a police presence. He said policing arrangements had now been reviewed and there would be an enhanced police presence and stewarding for matches at Headingley this week.

The International Cricket Council said it would not tolerate anti-social behavior.