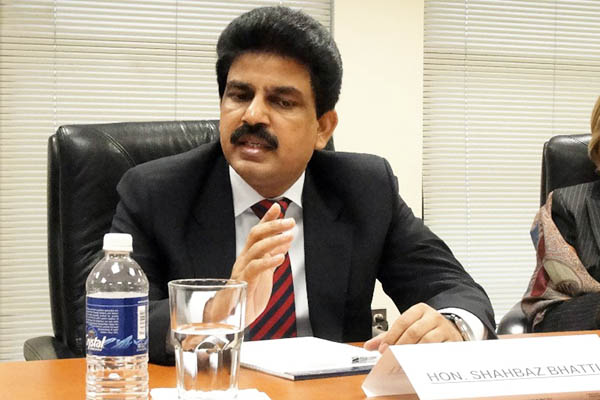 Minority minister was murdered in Islamabad over his demand for reforms to the blasphemy law.

Police on Thursday said they have asked that the high-profile trial for the murder of a former minority minister be moved to a newly formed military court.

Catholic Shahbaz Bhatti was gunned down in Islamabad in March 2011 for demanding that Pakistan’s controversial blasphemy law be reformed. The murder trial has, however, been hampered by threats from extremists. Police hope that hearing the case in a closed military court will speed up the process and reduce interference from radicals.

Blasphemy is an extremely sensitive issue in Pakistan, where 97 percent of the population is Muslim, and insulting Islam’s Prophet can be punished by death.

“We have sent an official request to the Interior Ministry to carry out the murder trial of Shahbaz Bhatti in a military court,” a police official told AFP on condition of anonymity.

Another police official confirmed the move, adding that the police have been directed to send all terror-related cases to be heard by military courts.

The interior ministry will now have to give approval before the case can be transferred.

Pakistan has never executed anyone for blasphemy and has had a de-facto moratorium on civilian executions since 2008. But anyone convicted, or even just accused of insulting Islam, risks a violent and bloody death at the hands of vigilantes.

Paul Bhatti, brother of the former minority minister, was forced to flee the country last year after receiving threats from extremists for pursuing the case.

The All Pakistan Minorities Alliance (APMA) said threatening pamphlets were also found in the office of a key witness.