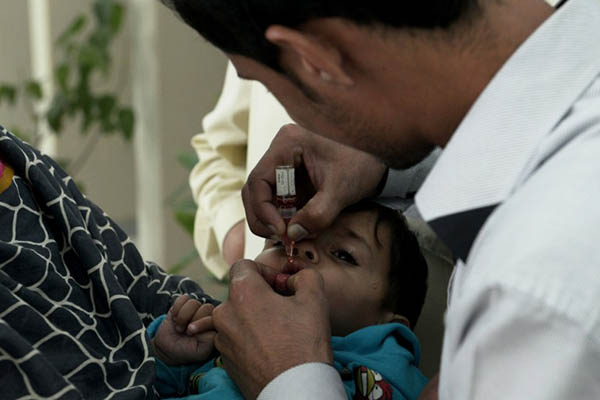 Over two years after the Pakistani Taliban warned the local government against initiating any polio vaccination campaigns in the country’s tribal areas, the district administration of North Waziristan has launched a polio drive to eradicate the disease, according to a senior official.

“In June 2012, the Pakistani Taliban imposed a ban on polio vaccination in the North and South Waziristan agencies to protest [U.S.] drone strikes,” said Azam Khan, the additional secretary of the Federally Administered Tribal Areas. “Mullah Nazir, then chief of the militant faction in North Waziristan, announced the ban on polio vaccinations, warning that the extremists would not permit any health workers to operate in the region,” he added. Nazir was killed in a drone strike in January 2013.

“Since the launch of the military’s ground operation [in August], over 1,000 children have been vaccinated against polio,” said Azam, adding that volunteer health workers were being provided with strict security.

“We initially vaccinated children against polio at mosques and local community centers [in four villages of Razmak tehsil],” he said. According to the senior district official, the government wanted to fast-track access to children in the region, as most polio cases in the country had originated in the Waziristan agencies.

Earlier, the World Health Organization (WHO) warned that Pakistan had failed to control the spread of the deadly disease, adding that Peshawar was the world’s ‘largest’ reservoir of the virus. It recommended travel restrictions requiring all Pakistanis to be vaccinated, which have since been adopted across the country. The country has reached a record high of 253 reported cases of polio so far this year, a 350 percent increase over last year’s 72. However, Azam says the new initiative will soon pay dividends.

“I am positive the government will soon achieve its target of eliminating polio from the Waziristan agencies with the cooperation of tribesmen,” he said.