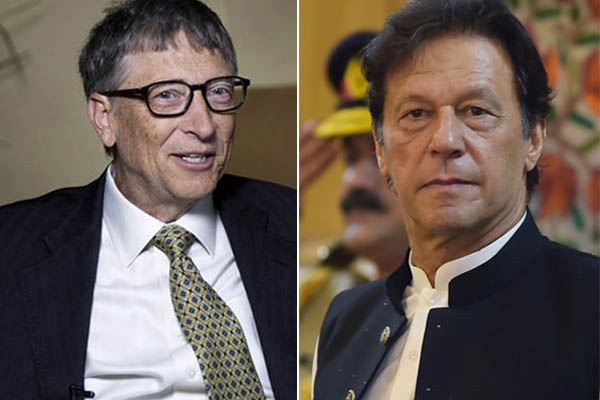 According to a statement issued by the Prime Minister’s Office, Khan and Gates—who serves as co-chair of the Bill & Melinda Gates Foundation—exchanged views on Pakistan’s polio eradication campaign, as well as its response to the public health challenges arising from the COVID-19 pandemic.

“The prime minister appreciated the work of the Bill & Melinda Gates Foundation for the socioeconomic uplift of the most disadvantaged people around the globe, especially for promoting universal access to health services and combating of infectious diseases,” read the statement, adding that he been particularly thankful for the foundation’s partnership with Pakistan to rid the country of polio.

Khan said the government was intensifying its anti-polio campaign despite the challenges imposed by the COVID-19 crisis to achieve a polio-free Pakistan. He recalled that a special polio eradication campaign had been launched earlier this month, during which polio vaccines were administered to over 33 million children under five years of age. He also conveyed his satisfaction over the substantive progress in cutting the transmission of the poliovirus in the country, as only one case has been reported in 2021 thus far. “He hoped that polio will be eradicated soon with the support of all partners,” read the statement.

According to the Prime Minister’s Office, Gates appreciated Khan’s leadership in achieving the eradication of polio. However, he cautioned, that while Pakistan’s progress was encouraging, it needed to maintain its campaigns to ensure the disease’s eradication.

P.M. Khan, said the statement, also highlighted Pakistan’s efforts to overcome the third wave of coronavirus. “While alluding to Pakistan’s potential in the Information Technology sector and the government’s business friendly IT policy, the prime minister encouraged Microsoft to further expand its footprint in Pakistan,” it added even though Gates has not been involved in the day-to-day operations of Microsoft since 2008.