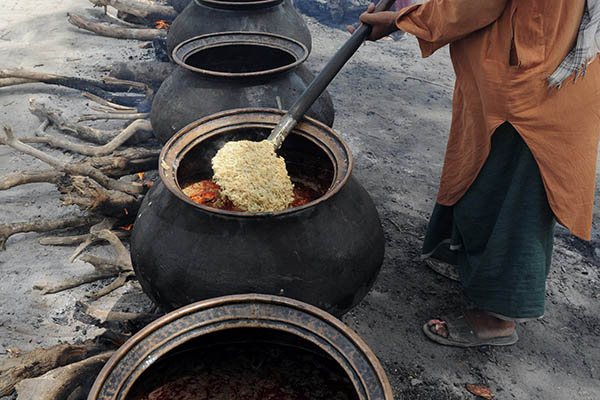 Police have arrested a cook on suspicion of murder after 22 members of a powerful landowning clan were poisoned in an alleged political feud with a rival branch of the family.

Arsal Khan Khichi, who lost out on a provincial assembly seat to his cousin Jahanzeb Khan Khichi in the May elections, is accused of paying the cook Rs. 50,000 to poison food at his rival’s home, causing the deaths. The incident took place on June 9 in the farming town of Mailsi, around 80 kilometers from Multan.

“At least 22 people were killed after eating poisonous food at the residence of Jahanzeb Khan Khichi,” said senior police official Sadiq Ali Dogar. About 30 people including men, women and servants of the family got sick after eating the meal. Dogar said a court on Thursday remanded cook Mohammad Rafiq for five days into police custody for further investigations. “A murder case has been registered against Arsal Khan Khichi, but he is at large and his father has been taken into custody,” Dogar said.

It is common in Pakistan for police to arrest the next of kin if a suspect absconds in a case.

Police said Arsal was angry about his election defeat and tried to poison the rivals, but Jahanzeb and his brother Aurangzeb were not at home that day and had gone to Lahore. Jahanzeb contested the seat on the ticket of former cricket hero Imran Khan’s Pakistan Tehreek-e-Insaf party, while Arsal stood as an independent.

Local police station chief Chaudhry Mohammad Afzal confirmed the account and said that the cook had confessed to poisoning the food. “Rafiq has confessed his crime and told police that Arsal Khan Khichi gave him Rs. 50,000 to mix the poison in the food,” said Chaudhry.