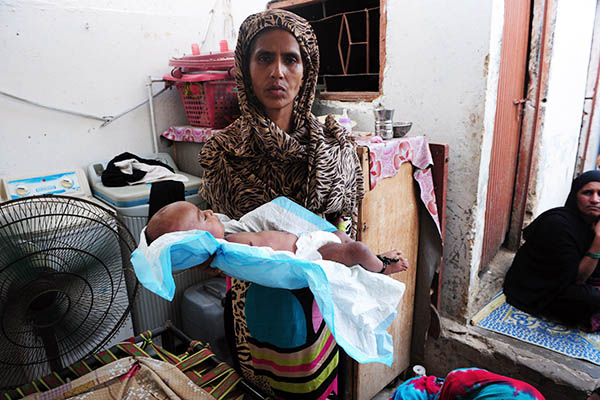 The grandmother of one of the deceased infants holds his body. Asif Hassan—AFP

Families protest after disruption in oxygen supply for infants on incubators.

Four infants died on Friday at a private hospital in Karachi after oxygen supply to incubators was disrupted following a power failure, police said.

The deaths occurred at the privately run Shah National Children Hospital in Korangi. “The children were on incubators and apparently the power failure disrupted their oxygen supply resulting in the deaths of four children,” said senior police officer Nazir Mirbahar.

A father of one victim described how he had brought his three-month old daughter to hospital only the night before. “She was actively playing and rejoicing when I brought her to the hospital because she was suffering from light fever,” Aqeel Ahmed said.

The health department has started an inquiry into the children’s deaths and a report will be submitted to the provincial government within 24 hours. “We cannot say right now how the deaths occurred but we have formed a two-member committee to probe into the matter,” said Dr. Zafar Ejaz, a senior health official.

Police said they had detained some of the hospital staff and were tracing the owner of the facility as part of their investigation. “Cases of criminal negligence will be registered against the hospital management, if the parents press charges,” Mirbahar said.