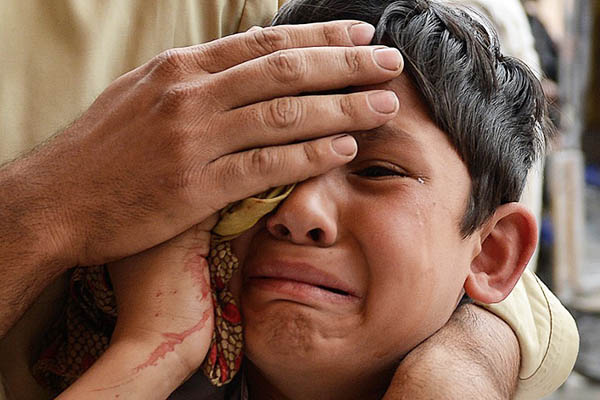 Tremors of earthquake originating in Afghanistan felt in at least three other countries.

A powerful earthquake rocked large parts of South Asia on Sunday, with one person killed by falling rocks in Pakistan and tremors felt in at least four countries.

The 6.6-magnitude quake struck northeast Afghanistan at a depth of 210 kilometers at 2:58 p.m., the U.S. Geological Survey said.

It was felt for a few seconds in the Afghan capital Kabul, 282km to the south, and in Pakistan’s capital Islamabad, where some residents evacuated apartment blocks after tremors shook ceiling fans and furniture.

In the Indian capital New Delhi, buildings in the center swayed and the metro train system was halted temporarily as a precaution. People rushed out of their homes in the northern region of India-administered Kashmir.

In Dushanbe, capital of Tajikistan that borders northern Afghanistan, tremors were felt but there were no immediate reports of damage.

One man was killed in Pakistan’s Gilgit-Baltistan region when he was hit by falling rocks in the town of Chilas, an official told AFP on condition of anonymity.

Authorities in Peshawar said 28 people were brought to the government-run Lady Reading Hospital. They were discharged after first aid, said spokesman Jamil Shah. An official of the provincial disaster management authority in Peshawar said they have received reports of 12 other people injured in Swat, Bunair and Upper Dir districts.

There were no casualties in Afghanistan according to an initial assessment, said Aslam Sayas, deputy director of the country’s disaster management authority.