Powerful Women of the World 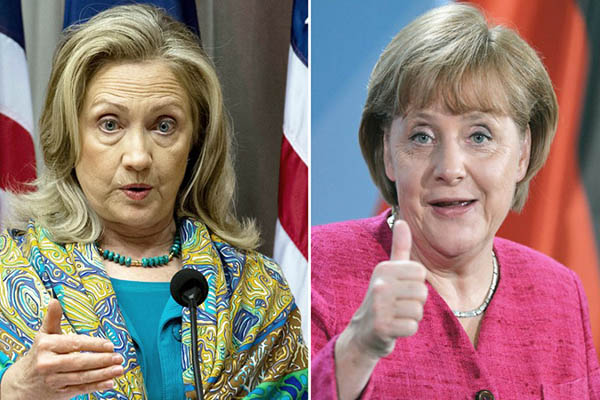 A look at 10 of the most prominent and influential women across the globe.

They still face a fight for their rights, but women have begun to break through the glass ceiling and join the select group of global political leaders.

Here are 10 of the most powerful women in the world:

Merkel, 62, became Germany’s first woman chancellor in 2005 and has led the biggest economy in Europe ever since, winning a third four-year term in 2013. She is a key world leader whose opinion carries weight during financial and economic crises, on political issues and the question of global migration.

She has a physics doctorate and was named the world’s most powerful woman in 2015 by Forbes magazine.

Interior minister since 2010, May, who cautiously campaigned for remaining in the E.U., will be responsible for negotiating an extremely delicate divorce from the union.

Clinton, 68, a former U.S. first lady (1993-2001), New York State senator and secretary of state under President Barack Obama, now eyes the White House herself, having become the first woman to win a major party’s nomination in the 2016 presidential election.

The 71-year-old Nobel Peace Prize laureate, a democratic icon in Myanmar, was barred from becoming president by a constitution inherited from the country’s military junta.

Instead, after years under house arrest and landmark November 2015 elections, she became state counselor, the de facto prime minister, and placed a man from her inner circle in the presidential role.

Dubbed the “Iron Lady,” Liberia’s Sirleaf, 77, made history when she became Africa’s first elected woman president in November 2005. She then also won the Nobel Peace Prize. The economist, a former international civil servant and finance minister, won a second term in 2011.

Chile’s Bachelet, 64, is the only woman leader now in power in Latin America. A former opposition leader who was tortured under the regime of Augusto Pinochet, she was also the region’s first woman defense minister before serving as president of Chile from January 2006-2010. In December 2013, Bachelet won a second term.

Lagarde, 60, is the first woman to head the International Monetary Fund, taking over in 2011 in the midst of a debt crisis. She has just been reappointed as head of the IMF. A former corporate lawyer, Lagarde was also France’s first woman finance minister.

Yellen, 69, was named in 2013 as head of the U.S. Federal Reserve, a post held exclusively by men until then. A former Harvard University professor, she was also former U.S. president Bill Clinton’s chief economist.

Bulgarian Bokova, 64, became in 2009 the first woman to head the U.N. cultural organization UNESCO, which deals with education, cultural heritage and freedom of expression. Re-elected in 2013, the career diplomat has put UNESCO at the center of the fight for women’s equality.

A 68-year-old physician who headed Hong Kong’s health department during bird flu and SARS epidemics, Chan is director-general of the World Health Organization and has made women’s health a priority for that U.N. body.