PPP Pulls Out of Presidential Polls 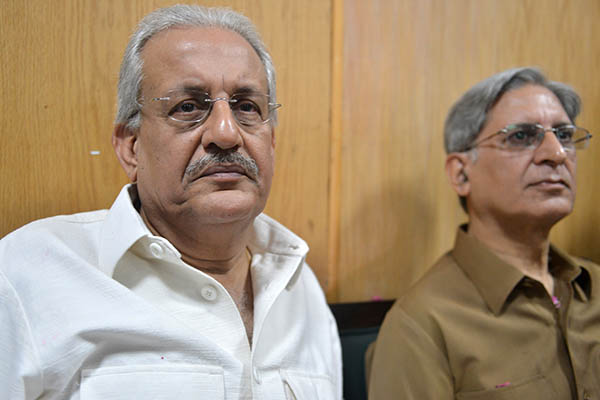 The Pakistan Peoples Party announced Friday it would boycott next week’s presidential election to protest against the vote being brought forward without consultation.

The Supreme Court ruled Wednesday that the ballot would be held on July 30 instead of Aug. 6 after the main ruling party complained that the original date clashed with the end of Ramzan.

Many lawmakers tasked with electing a replacement for President Asif Ali Zardari will be on pilgrimage or offering special prayers at the tail end of the holy fasting month, the court said.

Twenty-four candidates applied to stand in the vote, although the election of Mamnoon Hussain, the candidate for the ruling Pakistan Muslim League (Nawaz) party is considered a foregone conclusion.

“We have been left with no alternative, but to boycott the election,” said Sen. Raza Rabbani, the presidential candidate for the PPP. “The Supreme Court did not issue us any notices, nor did they hear us or provide us an opportunity to present our point of view … a unilateral decision was made,” Rabbani said. “We see it as part of moves to impose the center’s rule again.”

Pakistan’s new president will be elected by members of the upper and lower houses of Parliament and of four regional assemblies.

Rabbani said that the Supreme Court decision made it difficult for him and other opposition candidates to campaign in four provincial capitals and the federal capital Islamabad in just two days.

Zardari was elected after the PPP won elections in 2008 following the assassination of his wife, former premier Benazir Bhutto. The PPP served a full five-year term in office, but lost heavily in May general elections won by a PMLN landslide.

Constitutional amendments brought in by the last PPP government mean that the president is a largely ceremonial role, though Zardari was seen as a sharp political operator behind the scenes.

in this situation they got a reasonable reason to boycott