Home Lightbox ‘Pray Your Wife and Children Die In Jihad’

‘Pray Your Wife and Children Die In Jihad’ 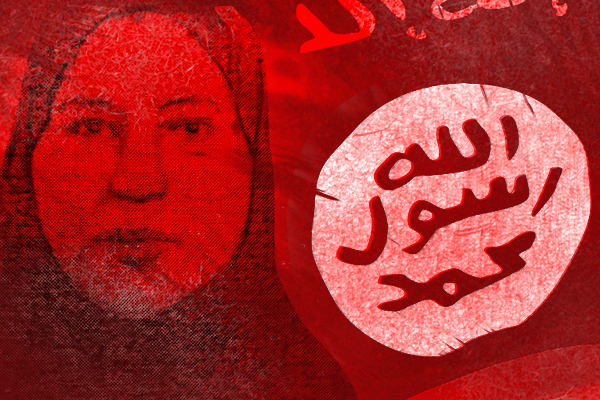 A photo of Farhana Bibi, who went missing on Sept. 15. Photo illustration by Minhaj Ahmed Rafi

Last September, Khalid Cheema went to the police after his wife, Bushra, and their four children went missing from their home in Lahore’s Johar Town. In October, Cheema finally heard from her. “I love God and his religion, and I want to die a martyr’s death,” she said in a chillingly calm, two-minute voice message, a copy of which the Punjab government has provided Newsweek. “If you can’t join us then at least pray your wife and children die in jihad.”

Cheema, who runs a small construction company, is now in police custody for suspected links with the Islamic State, the militant group that his wife has left home to fight for. She is one of “maybe 50 Pakistanis who have left for Syria,” Rana Sanaullah, law minister of the Punjab, tells Newsweek, characterizing reports of rampant I.S. recruitment in Pakistan as overblown. “France has admitted that 1,000 of its citizens have joined I.S., yet no one is accusing France of allowing I.S. to establish a network there.”

Sanaullah, who is leading the drive against I.S. in his province, is determined that Pakistanis fighting alongside I.S. abroad will not be allowed back home. “They ask us, ‘What will you do if these people return to commit terrorist acts on the home soil?’ Let me be clear, these people are never going to be let back into Pakistan.” The minister is taking his lead from his party chief, Prime Minister Nawaz Sharif, who has vowed not to allow I.S. to take root in the country.

But by all accounts, I.S. has supporters in Pakistan. Graffiti, banners and agitprop literature in support of I.S. have been appearing and reappearing in several cities, including Lahore, for over a year now, and a number of local militant groups and radical organizations, including Islamabad’s Lal Masjid, have pledged their support to I.S. and its self-proclaimed caliph.

The counterterrorism department of the Punjab Police has in custody close to 50 people it suspects of links with I.S. Last month, police in Karachi detained six women thought to be recruiting other women on behalf of I.S. and police in Sialkot detained eight young men, previously affiliated with Jamat-ud-Dawah, who were recruiting for I.S. Police found weapons, explosives, and discs with I.S. literature from these men. “These boys told us that a local from their area, Rizwan or Abu Muawiya, was in Syria,” says Sanaullah. “He would connect with them through WhatsApp and Skype.”

Despite these consistent warning signs, only 14 percent of Pakistanis view I.S. as a threat, according to a Pew Research Center survey from last year, and 62 percent have neither a favorable nor unfavorable opinion of the militant group.

“Three women and 12 children from Lahore are currently missing and assumed to be working with I.S.,” a senior police officer in Lahore tells Newsweek on condition of anonymity. According to police, the three women are Bushra Cheema, Irshad Bibi—a 50-year-old widow who left for Syria to join her son Bilal there in April—and Farhana, Irshad Bibi’s neighbor who was reported missing on Sept. 15. (There are between 400 and 500 Pakistanis legally in Syria, according to the Pakistan Embassy in Damascus; Bilal is one of them.)

Punjab Police say they’ve found nothing jihad- or I.S.-related from the homes of these three women, each of whom was once affiliated with Al-Huda International, an organization for born-again Muslim women. (Tashfeen Malik, the co-accused in the December shooting in San Bernardino, California, that left 14 dead and 22 wounded, was also once an Al-Huda member.) The government is not yet contemplating action against Al-Huda. “It is correct to say that these three women had worked for Al-Huda in some capacity in the past,” says Sanaullah. “But that does not mean the entire organization is involved.”

Police officials say two Pakistanis from Punjab, Irshad Bibi and Sialkot’s Rizwan, are certainly in Syria. The former, they say, is the “main person” recruiting women in the province for I.S. “The whole thing started with her,” an officer says. “She had strong religious tendencies. From what we know, she has been luring other women to the I.S. cause.” They are less sure about the whereabouts of Bushra, despite her claim of being near the Syria-Iraq border, and Farhana.

Syria suspended issuing visas to Pakistanis two years ago. The “maybe 50” Pakistanis who have gone to fight alongside I.S. in Syria or Iraq have, according to Punjab officials, likely crossed into Iran through Balochistan province using human traffickers.